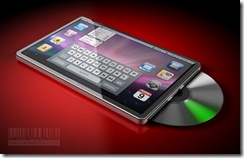 Given all the depressing and uncertain financial news the world over these days, something tells me price points are going to be one of the first things that both consumers and manufacturers look at when it comes to mobile computers. Face, it, we all look at price anyway and the rise of the Netbook certainly proves that it is a key factor. But in tougher times, I’m guessing it may become even more of a differentiator.

Apple is getting ready to make yet another announcement this month. This one (still in the late rumor stage) is that Apple has come up with a change in its manufacturing process that will allow it to offer lower cost notebooks. Late speculation and tips from ““reliable sourcesÃ¢â‚¬Â peg the news that Apple will be unveiling an $800 notebook of some kind. No one knows if this is a new device, a reshaping of existing lines to be produced with the new process, or what is really up their sleeve. Supposedly whatever it is, it has the name of ““The Brick.Ã¢â‚¬Â Of course part of the speculation is that this might lead to that hoped for Apple Tablet. Again, no one knows for sure and I doubt we’re going to see an Apple Tablet anytime soon.

That said, Duncan Riley at The Inquisitr is trumpeting an exclusive on the $800 price point and that retail stores are receiving info that lists 12 different price points between $800 and $3100. If true, Apple’s plans seem to have been to target a larger range of customers who are more price sensitive. I’m guessing no one expected how price sensitive things might actually be in the near future, when this all began. (Note the picture is from VentureBeat and is obviously a mock up.)