Apple is really committed to this new, just iPad name.

When I went looking for all those iPad 2 TV ads on YouTube today to see if there is any noticeable difference in how the display looks at 1080P when viewed on YouTube, I came up empty-handed.

After Apple uploaded the new iPad TV commercial, the company went back through their YouTube videos and made every iPad 2 ad and video private. 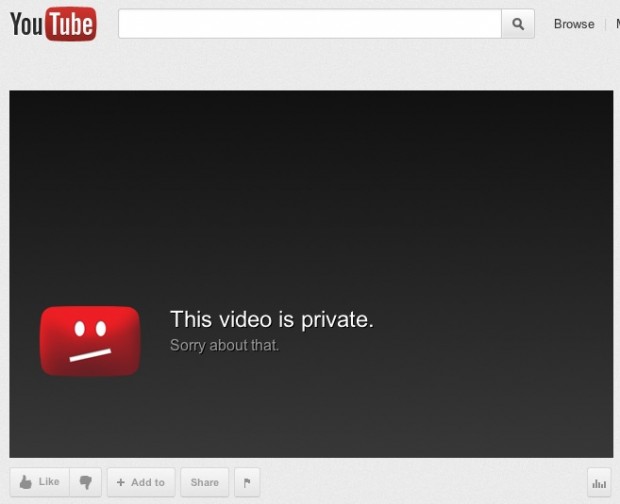 What you'll see if you try to watch Apple's iPad 2 videos on YouTube.

Even the We Believe iPad 2 ad, and others that are still listed in Google Search results are not available to watch on YouTube.com. 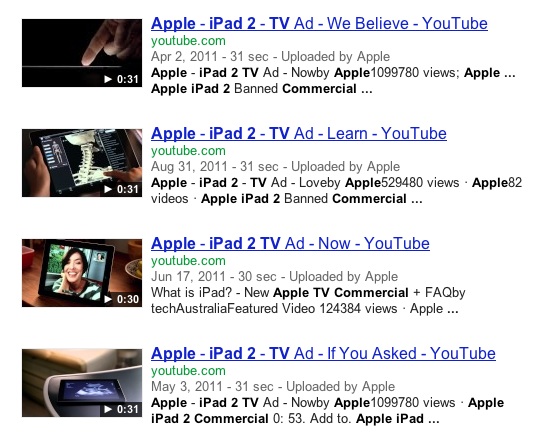 Here are listings for the iPad 2 videos.

Why would Apple pull all the iPad 2 videos from YouTube?

Could it be that Apple wants to erase the memory of an iPad with a number? As you know the new iPad is just iPad, not the iPad 3.

Going forward we’ll probably see Apple stick with the iPad name instead of adding more numbers to it, much like the way the iPod Touch line and MacBook lines are.

Of course you can still see all the iPad 2 videos post on YouTube by third parties, but you’ll need to search a bit harder.

The other possibility is that Apple realized how much of a pain it is to try to differentiate between the iPad and the iPad.

When you look at the iPad 2 commercials, like this one uploaded by another YouTube user, it’s hard to tell that it is for the iPad 2, rather than the new iPad.

I wonder if Apple is wishing they had named the new iPad the iPad 3, or if we’ll just have to look forward to the newer new iPad in 2013.