It’s been rumored that the Apple TV is getting a major overhaul at some point in the near future this year, and an update to Apple’s website just might be the proof we need. On top of updating its online store with a Valentine’s Day theme, Apple also tacked on a dedicated section specifically for the Apple TV, now standing next to sections for the iPhone, iPad, Mac and iPod.

In the past, the Apple TV was merely hidden from the home page and deemed an accessory in the iPod section, but that’s no longer the case. Along with the new dedicated Apple TV section, the device also now has its very own sections for accessories, AppleCare information, refurbished models and community forums. 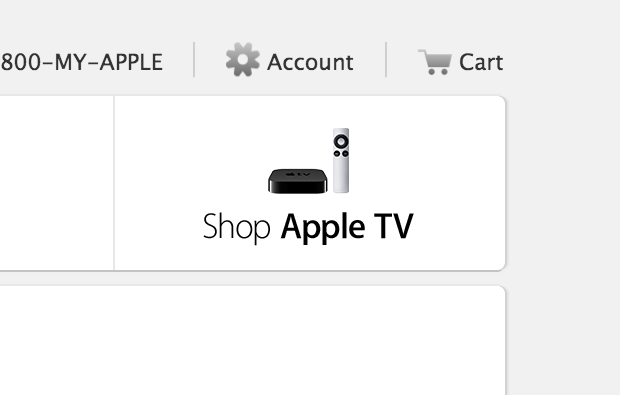 Last week, we reported a rumor that the Apple TV would get a hardware update, as well as a software update that would add gaming support with the possibility of a dedicated game store on the Apple TV itself, similar to an app store. This would essentially be Apple’s entrance into the living room gaming market and it could give the Apple TV a huge boost.

Furthermore, 9to5Mac has heard from “solid sources” that Apple has considered combining the Apple TV and AirPort Express products into one device. This device is said to be in testing currently, and includes an integrated 802.11ac wireless router. 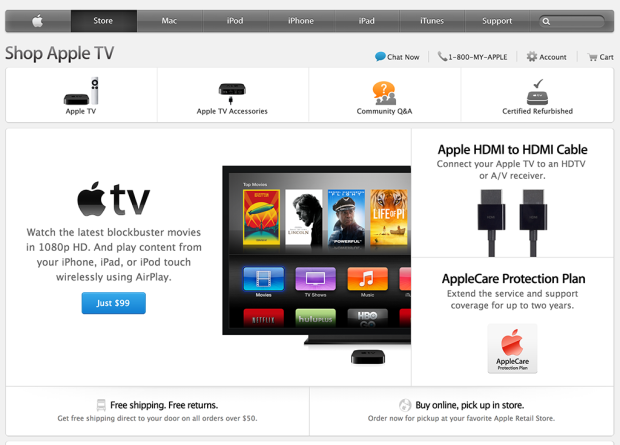 In any case, the Apple TV is definitely due for an update of some kind, and it seems Apple is going to make this next one count. iOS devices have already been huge as far as gaming has been concerned, and this Apple TV refresh might be Apple’s answer to gaming in the living room.

Details are still pretty limited at this point, but it seems like we can expect big things coming from the Apple TV later this year, gaming or not. The Apple TV hasn’t been updated in almost a year, so we expect a new version to hit the market fairly soon. In the meantime, check out these eight iPad games you can play on your television through the Apple TV.