The Apple TV 5.2 Jailbreak is now available with Seas0nPass, freeing the 2nd generation Apple TV to do more on the latest version of software that Apple released in January.

FireCore announced the new Apple TV jailbreak this week, thanking the evad3rs for their help in making this possible. With the new tool, users can jailbreak the Apple TV running the equivalent of iOS 6.1.

In addition to the updated jailbreak, FireCore also released a new version of aTV Flash that takes advantage of the new Bluetooth keyboard controls on the Apple TV, allowing users to browse the web on their Apple TV and use a Bluetooth keyboard as a control. 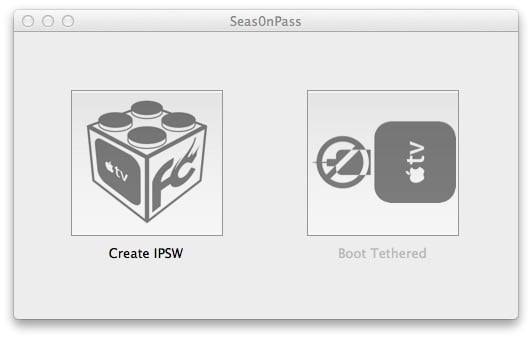 The new Apple TV 5.2 Jailbreak is here to deliver the iOS 6.1 jailbreak equivalent to Apple TV.

With a jailbroken Apple TV users can use other apps on the Apple TV and play video files not supported by Apple. There are several programs like Plex and XBMC that can transform the experience on the Apple TV, but these are not yet compatible with Apple TV 5.2 software.

FireCore sells aTV Flash 2.2, a suite of tools that lets users play many file types, including .mkv to reach their backed up files. Users can also steam directly from a Mac, PC or network attached storage. The program lets users browse the files in an Apple TV-like menu and DVD details download directly.

The app also includes a web browser, which uses the remote, a Bluetooth keyboard and the iOS remote app to control the built-in web browser. There are also extras like a weather app, Last.fm support and an RSS reader. All of the standard Apple TV features, including the ability to rent movies and TV shows remains intact.

The Apple TV jailbreak is free, and available for Windows and Mac. Users will need a 2nd generation Apple TV and a Micro USB cable.

For users jailbreaking the Apple TV for the first time, FireCore provides a detailed walkthrough of using Seas0nPass to jailbreak the Apple TV.

On the announcement post for the new Apple TV Jailbreak, the team provides the following instructions to upgrade to 5.2.

aTV Flash (black) 2.2 is compatible with any ATV2 running 4.4 and later, so updating to 5.2 is not required. However, should you so desire, the best way to update can be found below.

Check out the latest jailbreak news.