There’s a growing battle for your TV viewing eyeballs and thanks to that battle we’re seeing channels and content options added to streaming services and devices with an increased regularity. Consumers thinking about becoming Cable Cutters are discovering more and more options that might make their choice a bit easier.

Today Apple has added channels to its Apple TV lineup. The new channels don’t require you to update your software, they will appear automatically. If they don’t just turn your Apple TV on and off. The new channels added today include Bloomberg, Watch ABC, Crackle, and KORTV. 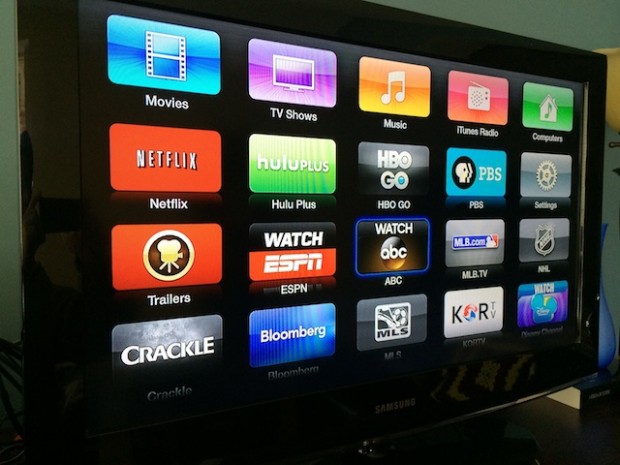 Bloomberg has gone all in with its offering, now offering 24/7 live streaming of business news content. There is also on-demand content with a mix of clips and full TV show episodes and, when events warrant, a special live stream for breaking news. The majority of the Bloomberg content will be similar to what viewers can obtain via the Bloomberg website or via mobile Apps. Bloomberg is essentially offering free full-length versions of its content optimized for the large screen. Newer versions of the Bloomberg iOS Apps will integrate some of the same features. Once the iOS Apps update is released you’ll be able to log in to your Bloomberg account and sync playlists and content across devices.

In the future Bloomberg will also be integrating opt-in notifications that appear either on the Apple TV or your iOS device. You don’t need a Bloomberg account to access the content on your Apple TV, but you will need to create one to synchronize across devices.

In addition to Watch ABC and Bloomberg, Apple also added a channel for Crackle, Sony’s Movie and TV viewing service that you don’t need an subscription to access, and KORTV which offers Korean TV content and video-on-demand.

The Apple TV screen is getting very crowded as it continues to add channels. Apparently there is a Apple TV firmware coming in the future that will allow users to hide channels that they have no interest in.