If you attempt to use YouTube on the Apple TV you may get an error telling you to try again later, but you may as well stop because Google turned off access to the YouTube app on older Apple TV units including the Apple TV and Apple TV 2.

This is what you need to know about the Apple TV YouTube problems that just started after a major change to the devices that can access YouTube and what you can do about it if you want to keep Watching YouTube on your Apple TV.

You don’t need to buy a new Apple TV to keep using YouTube on the Apple TV 2 or older, but you will need an iOS device to make it work without buying the latest Apple TV that is $69. 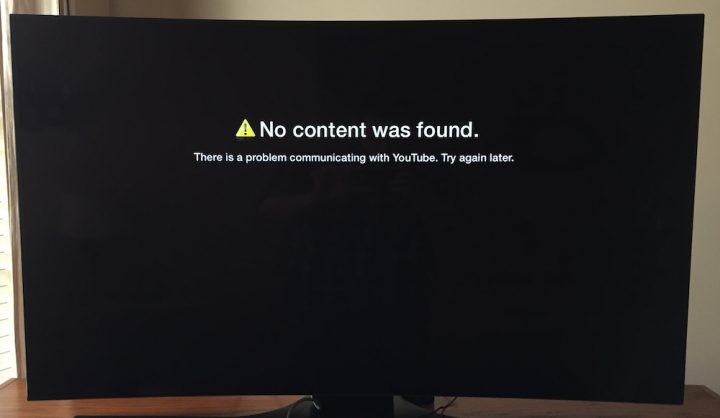 As we upgrade the YouTube Data API to bring more features, we’ll begin shutting down the old version on April 20, 2015. This will result in the current YouTube app not working on certain device models from 2012 and older.”

YouTube Support tells Apple TV 3rd generation users to upgrade, but this will not help anyone with an Apple TV or Apple TV 2. YouTube help states, “If you’re using Apple TV 2nd generation or older, unfortunately there’s no current way to watch YouTube on these devices.” Thankfully that isn’t completely true.

If you own an Apple TV 2 you can still watch YouTube on Apple TV in 2015 without buying a new device. You’ll need an iPhone or iPad to make this work. This will not work with the original Apple TV.

You can do this with any YouTube video that exists in the app. You’ll need to manage the videos from your iPhone or iPad. This is easier for searching, but it means you cannot let your kids search with the Apple TV remote.

You can upgrade to the Apple TV 3 and still use the Apple TV YouTube app. The Apple TV is $69 new and $59 refurbished. It is worth noting that there may be a new Apple TV 2015 release this summer. If you can hold off on upgrading and use the AirPlay option it might be worth your wait.

If you upgrade the Apple TV 2 is worth a surprising amount on eBay. There is an Apple TV 2 jailbreak but no Apple TV 3 jailbreak so some users prefer to buy the older Apple TV for $150 or $200.