Hours after Apple announced new products yesterday, as well as redesigns and updates to iWork, iMovie and GarageBand, the company updated its Find My iPhone and Podcasts apps for iOS, as well as the iTunes Movie Trailers and it made the Keynote Remote app free.

The Podcasts app includes a new feature that lets it grab new episodes of your favorite podcasts automatically. Furthermore, users can change the settings on that so it only downloads new episodes over WiFi or when your phone is plugged in to save on data and battery, respectively.

The app also includes iCloud support that will sync stations and subscriptions with both iTunes and your Apple TV. And to put the cherry on top, the app has been redesigned to blend in with iOS 7. 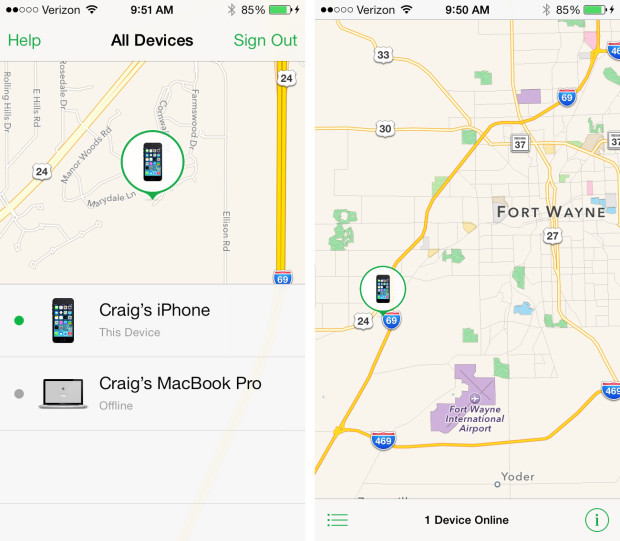 As for Find My iPhone, the features have remained relatively the same, with the only difference being a completely new user interface that closely resembles iOS 7. Previously, Apple updated the icon to the app with an iOS 7 look, but the app’s UI itself remained unchanged, until now. However, you can still access all of the features and settings that you had access to in previous updates.

The iTunes Movie Trailers app also doesn’t include any new features, but includes a new app icon and a redesign that goes along with iOS 7’s simpler and flatter design. The app is one of Apple’s less popular options, so we’re not surprised to see it being one of the last Apple-owned apps to get any kind of update.

Lastly, Keynote Remote is now free. This app allows you to change slides in Apple’s Keynote software while you’re giving a presentation. It hasn’t been updated with an iOS 7 design or anything, but price drop to $0 is certainly admiral.

Apple updated all of its stock iOS apps that come preloaded on every iOS device, but the company has been taking its time to update other apps that you can download later on. iOS 7 has been out for over a month now, but Apple has just got around to updating a slew of its in-house apps.