For the first time, the Apple Watch has been hacked, but not in a bad way.

Renowned jailbreak developer Comex has come up with an Apple Watch jailbreak of sorts, as he ended up putting a full-fledged web browser on the small screen.

Comex uploaded a short video demoing the web browser on the Apple Watch (re-uploaded to YouTube by iClarified, embedded below). The video shows nothing more than a look at what the Google home page looks like on the small Apple Watch screen.

However, the video does show us that you can swipe around the around with your finger and zoom in and out with a two-finger tap, just like on the iPhone.

Furthermore, Comex posted a “bonus pic” showing more of the web browser, in what looks like a word definition lookup in Google.

Unfortunately, that’s all that Comex teased, and it’s unclear as far as how he ended up getting a web browser on Apple’s smartwatch, but he did say that “Watch OS is based on UIKit already, but the SDK doesn’t allow running any native code,” which means he got past the SDK somehow.

This still has us begging the question of what the Apple Watch would have in store for the future of jailbreaking.

Even when thinking about an Apple Watch jailbreak, it’s hard to see how it would work exactly, and it raises a lot of questions, like will your iPhone need to be jailbroken as well? Would you jailbreak your Apple Watch via your iPhone? These are trivial questions of course, but they make us wonder.

We wouldn’t be surprised if a tool came out for jailbroken iPhones that was specifically meant for jailbreaking the Apple Watch. This means that, yes, your iPhone would need to be jailbroken as well, and you would download the Apple Watch jailbreak tool directly from a developers website or through Cydia. 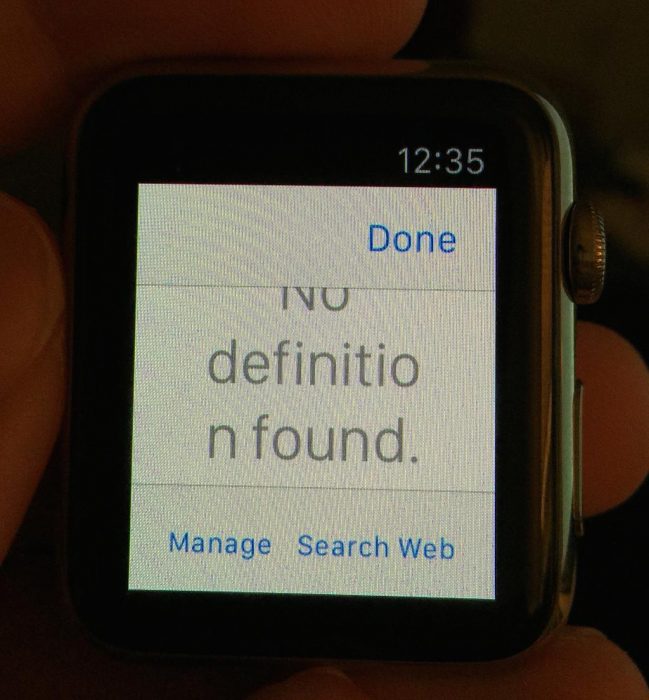 A native web browser has been hacked onto the Apple Watch for the first time.

After the process finished, your Apple Watch would be jailbroken and you could begin tinkering around, but this leads us to another interesting question. What could an Apple Watch jailbreak even do?

Compared to an iPhone or an iPad, the Apple Watch has rather limited functionality, especially since it will rely on your iPhone most of the time for many tasks, but there are still some things we think jailbreakers will benefit from by jailbreaking their Apple Watches.

While native apps will eventually come to the Apple Watch this year at some point, the device will mainly rely on the iPhone for apps, but this is where jailbreaking could change that. jailbreak developers could make third-party native apps for the Apple Watch in favor of companion apps that need to be run on iPhone. Of course, they probably wouldn’t have the feature set of the equivalent app from the actual developer, but it would be better than nothing. Plus, jailbreaking could provide the opportunity to install apps that Apple wouldn’t normally allow, just like on iPhone.

A jailbroken Apple Watch could also allow for advanced settings to be changed that Apple wouldn’t normally allow, like changing how the Crown would work and maybe even altering what the different taps and presses do on the touch screen.

We’d also be excited to see the ability to install third-party watch faces and not just have the option between Apple’s own watch faces, which could get boring fairly quickly.