Read: Exciting Things You Can Do With the Apple Watch

Above is a quick overview of the new Apple Watch Series 2.

One of the most important things to consider when buying the Apple Watch Series 2 is that all of the versions are identical inside and that the  wide price variances are all about fashion. If you’re more geek than chic, you’ll be fine with the most affordable models. If you’re a fashionista, Apple has you covered, but be ready to pay to make your fashion statement. 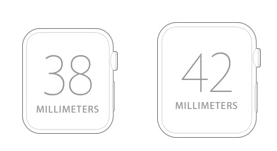 The Apple Watch Series 2 comes in two different sizes: 38mm and 42mm. While it’s easy to think of the two models as sizes for ladies and men, it’s more important to measure your wrist than go with one or the other because of your gender.

The 42mm Apple Watch is obviously larger, packing about 30% more pixels than its smaller sibling. If you have big hands or a little clumsy, you might want to opt for the larger Apple Watch for a better experience.

There are two basic  Aluminum Apple Watch Series 2 models to choose from: The Apple Watch and the Apple Watch Nike+, both of which start at $369. Another thing to remember about the Aluminum models is that they are a little lighter than the stainless steel versions, which are more expensive. 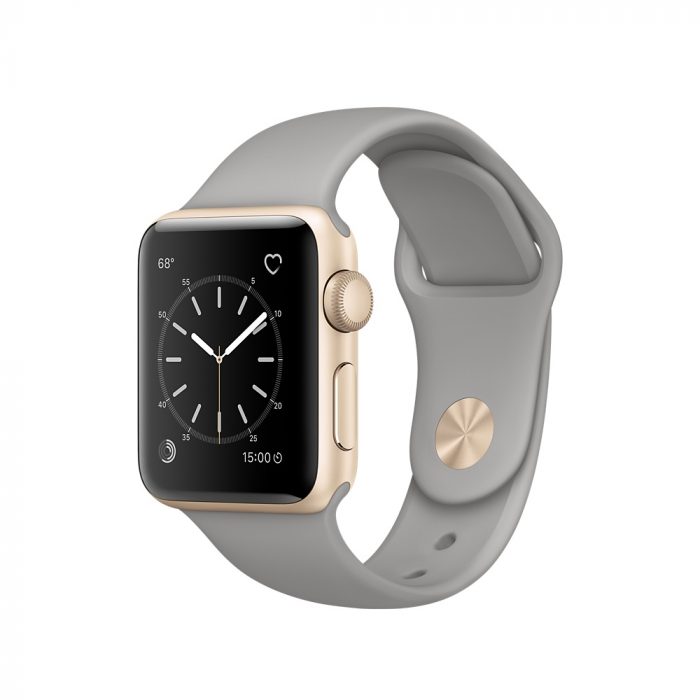 The standard Aluminum Apple Watch Series 2 looks pretty straight forward and comes with a solid sports band in its basic configuration. The smaller 38mm Aluminum Apple Watch Series 2 costs $369, while the larger 42mm version starts at $399. These are what we recommend to almost everyone since most people are buying Apple Watches to serve as extensions of their iPhones rather than to make fashion statements.  Most people will find at least one color combo in the base models that fits their styles.  The Watch itself comes in three different colors, including rose gold (pictured above), black and silver.  Choose your favorite aluminum color and pair it with any of the with eight Sports Band colors and you’re good to go. The more expensive bands can always be purchased down the road. 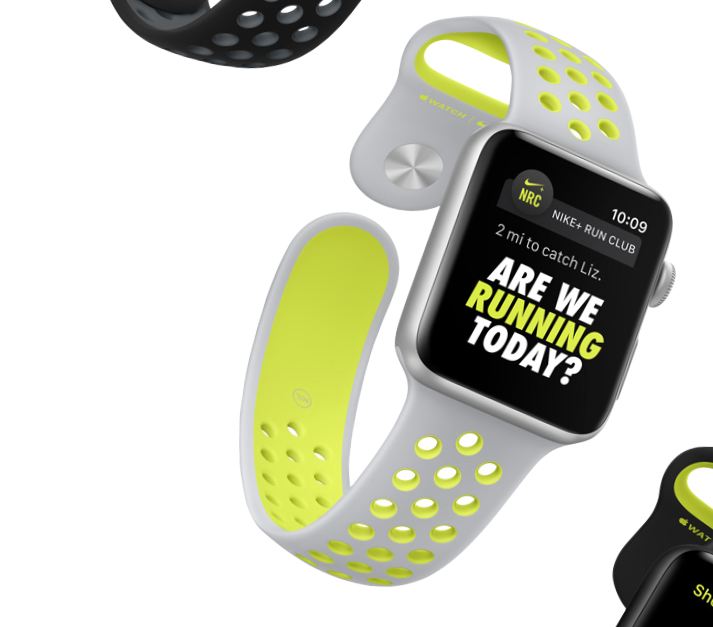 The next step up from the basic aluminum Apple Watch Series 2 are the stainless steel models. Some people prefer the polished metal compared to the anodized aluminum. The shiny finish is more akin to what people are used to seeing on fashion watches. 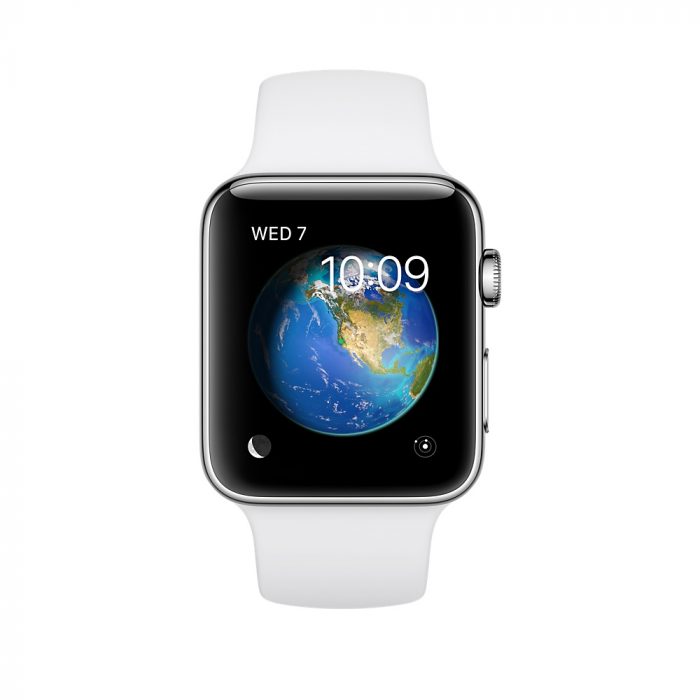 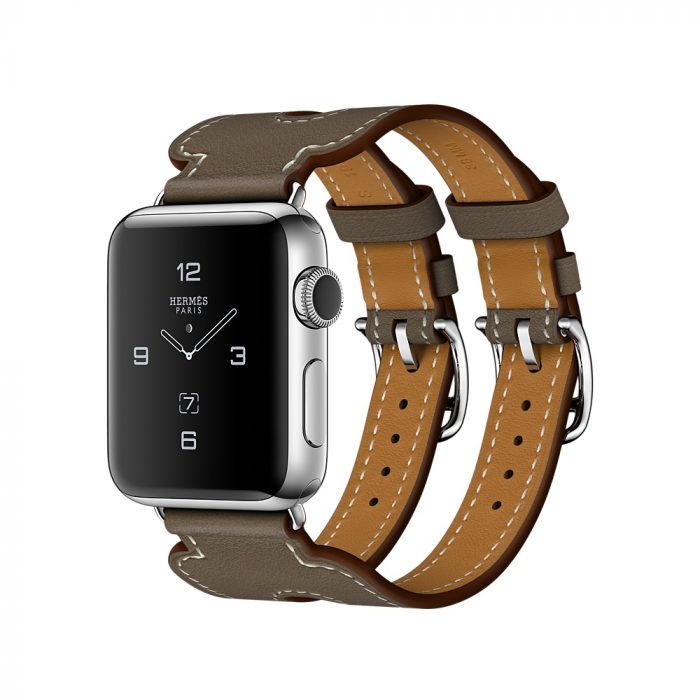 If you’re dead set on buying an Apple Watch Series 2 to match your wardrobe, then you will have more flexibility with the stainless steel models than the aluminum models. There are a total of 13 band options with this version of the Apple Watch, including some leather bands. At the top of the price heap is the $1,499 Apple Watch Hermés with Etoupe Swift Leather Double Buckle Cuff. 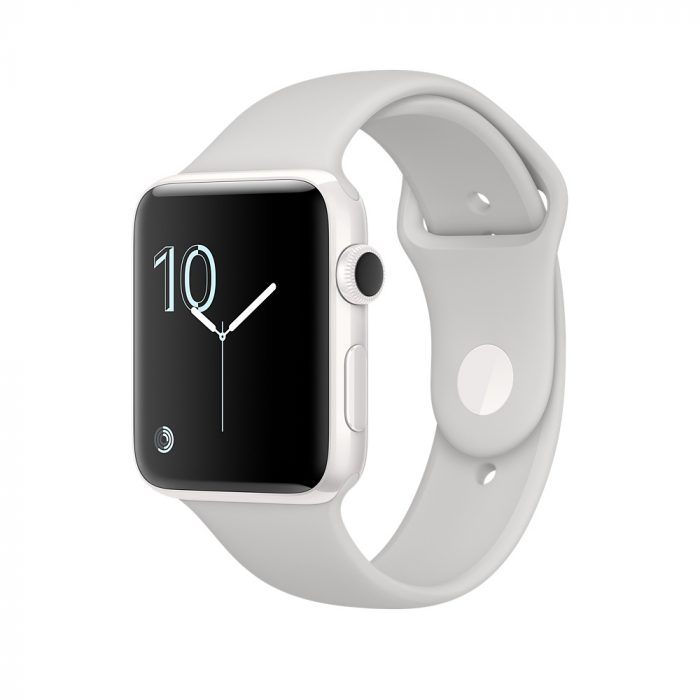 The most unique Apple Watch Series 2  is the Watch Edition, which is ceramic. Apple claims that the ceramic it uses to build the Watch Edition is four times as hard as stainless steel, which means it won’t scratch under normal use.

Apple claims that each Apple Edition ceramic case takes several days to make. Its brilliant white finish will make a fashion statement that’s a bit more subdued than the Apple Watch Hermés.  At $1,249 (38mm) or $1,299 (42mm), you’d think Apple would throw in something better than the Sport Band, which is the same one that comes on the base $369 aluminum Apple Watch.