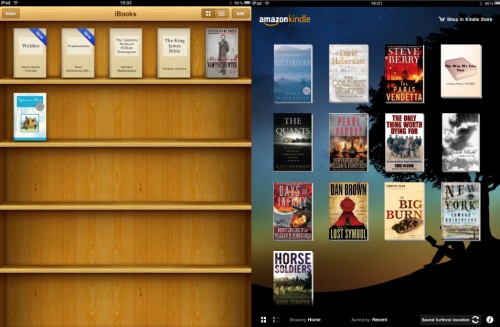 WSJ has updated an earlier report that Apple was forcing publishers to switch to their in-app payment system. Despite dire warnings, this is not a switch but an addition. Publishers that already conduct sales outside the app can continue to do so, but must also offer the option to make the purchase in-app, a policy change made possible by the new in-app subscription system.

Per the new report:

Apple is now requiring publishers that conduct sales of content—which includes books as well subscriptions—to offer a way to do so within apps, which will be handled by the iTunes billing system. The policy, which the company says isn’t new, was cited in Apple’s rejection of a Sony Corp. app for reading digital books earlier this week.

[…] Apple has indicated the sales outside of iTunes can continue, as long as sales through its store are provided as an option.

The other big problem is the one I mentioned earlier: in-app purchases are not allowed for goods that are to be used outside the app. That means an eBook bought through an in-app purchase can only be read in that app, disallowing access to other devices. If Apple wants to seriously enforce their new in-app purchase policy, then this restriction must be lifted for eBooks and periodicals.

These are just the major issues I see facing the policy, which takes effect March 31. I would assume the sticky details and conflicts will be hammered out by then, but expect continued upheavals in the meantime. I’ve already thought up several other lesser details that must be sorted. The impending mess may be much larger than Apple anticipated. And despite being tied to the new subscription system, according to the report, the policy somehow still isn’t new.