According to a report from 9to5Mac, Apple PR has confirmed that it has no plans to live stream tomorrow’s ‘Talk iPhone’ event which means that those of you that were looking forward to tapping into an official feed to follow along with the announcements will have to find some place else to do so.

Last year, Apple decided to webcast its fall event for the world to see and it’s unclear why it decided to go dark this time around.

Over the weekend, we saw the specifications for what could be Apple’s upcoming iPhone 5 and iPhone 4S, furthering the speculation that Apple will be introducing two brand new iPhones at tomorrow’s event. 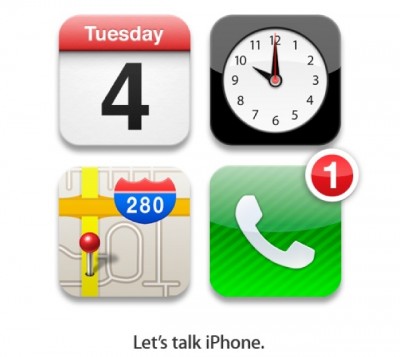 The conference will start promptly at 10AM PST and will be taking place at Apple’s Cupertino campus instead of a venue in San Francisco.

So, now that you know there is no official live feed, be sure to tune in to our coverage of what looks to be one of the biggest tech-related announcements of the year.