Apple fever isn’t exclusive to the US and Europe. China – yes, the same China in which those brilliantly fake Apple stores popped up – is just crazy about Apple. They’re so crazy about Cupertino that (as the New York Times reports) the four official retail stores Apple currently has in China can’t keep up with demand. Additional stores are being planned as we speak.

What you may not realize, though, is that this is part of an approach that Apple has been using – to great success – for the last decade. 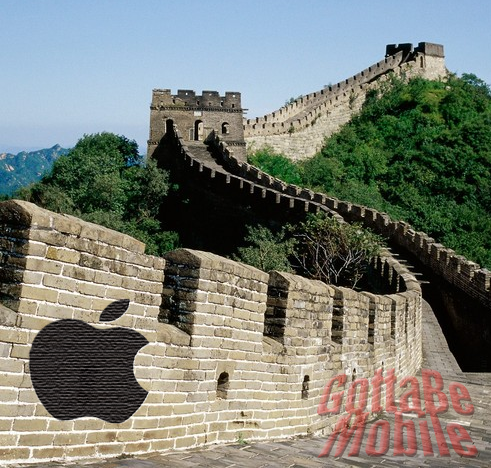 It was just a year ago that Apple’s first Shanghai retail store was opened. Its 16,000 square feet aren’t enough anymore. Apparently the fact that Shanghai’s second Apple store is just four miles down the street hasn’t helped to dissipate the traffic either. Both stores remain in a constantly jam-packed state, with young iDevice and Mac shoppers huddling around displays, trying out the gadgets.

Retail expansion isn’t the only fruit of this widespread demand. Bloomberg reported last week that, for the upcoming fifth-generation iPhone, China Telecom will be joining China Unicom as the second Chinese carrier that will offer the iPhone. This is basically China’s equivalent of getting the Verizon iPhone.

The Principle of Scarcity

The New York Times cites a very interesting quote from John Quelch, former senior associate dean of Harvard Business School and now head of the China Europe International Business School in Shanghai. He says “Scarcity sells, and this is the same strategy Apple has used in the U.S.”

Scarcity sells. This quote hits one of Apple’s biggest secret psychological weapons on the head. Much like in dating, when people often only want to be with the person who’s hardest to get, products which are scarce on the store shelves can gather momentum like no others. Apple could have easily saturated every city and town in the US with Apple Stores five years ago, giving Starbucks a run for its money, but instead they rolled them out relatively slowly.

Similarly, when a new iDevice launches, it seems that Apple is often out of stock for the first few months they’re available. The iPad 2, which launched in March, just last week became available without delay on Apple’s website. This year it could have had more to do with the Foxconn explosion, but it isn’t unreasonable to surmise that, in past years, Apple could have easily made plenty of iPhones to keep up with demand at its launch. Instead, they made sure they erred on the side of scarcity.

Not being able to quite keep up with demand guarantees future sales when they are available – but having too many available too soon can take away some of that mystique and customers may move on to the next “hard to get” item. Apple knows how to maximize their appeal (some would even call it manipulation), and the principle of “scarcity sells” is something that they employ all the time.

As high as Apple’s stock prices are right now, the company is hardly resting on its laurels. They see themselves as the Beatles of computers, and they’re far from singing their farewell rooftop concert.

As for Apple’s “Scarcity” manipulating, as long as you genuinely like Apple’s products, there’s nothing wrong with being swept away by the “hard to get” phenomenon. To test yourself, simply stop and imagine all of Apple’s products being readily available anywhere for a very reasonable price. Would you still want them just as badly? If so, then keep enjoying them. If not, then you may want to examine whether you’ve been played by Steve Jobs.