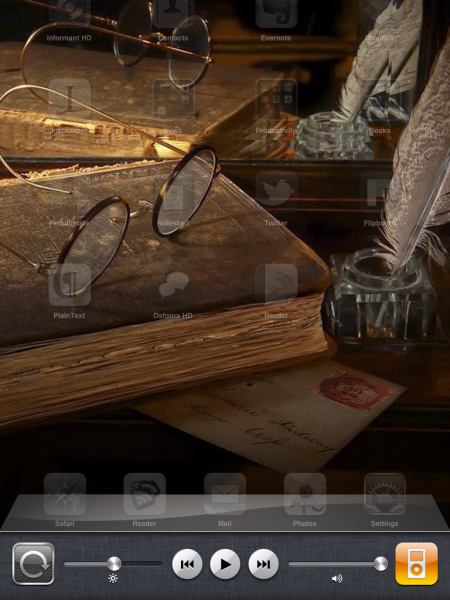 Sometimes you can improve things too much. And go really wrong. That’s the case with at least one feature in Apple’s iOS 4.2.1 update. I broke my rule of not doing a major update during a big project and installed iOS 4.2.1 in between rehearsals for our annual Christmas show. The update itself went off without a hitch. I didn’t have any loss of media or any other issues.

Where Apple got stupid is in changing the screen rotation control from the hardware switch on the device’s side to one that is now only accessible from the multi-tasking dock. I use my iPad mostly in portrait mode but there are some Apps that work better in landscape mode. To keep the iPad from rotating unexpectedly or to allow it to rotate used to be a simple flick of a switch. Now it is a more cumbersome process that involves a double button press, a slide to the right, and a button press. It doesn’t sound like much, but it turns out it is. At least for me.

I thought when I first heard of this that it would be a matter of simple retraining. I was wrong. While I still enjoy my iPad and was able to do what I needed to do in rehearsal last night (taking notes, sending emails, etc…) the experience is drastically different for me. From what I’m reading around the web, I’m not alone. For a company that usually makes the user experience a great one, this is uncharacteristic.