CarPlay is Apple’s new in-car entertainment and information system that sits on top of auto manufacturers’ own infotainment system. With CarPlay, iPhone users will be able to send messages, control streaming music apps,  navigate with Apple Maps and more on vehicles’ built-in displays rather than having to glance down at their iPhones. 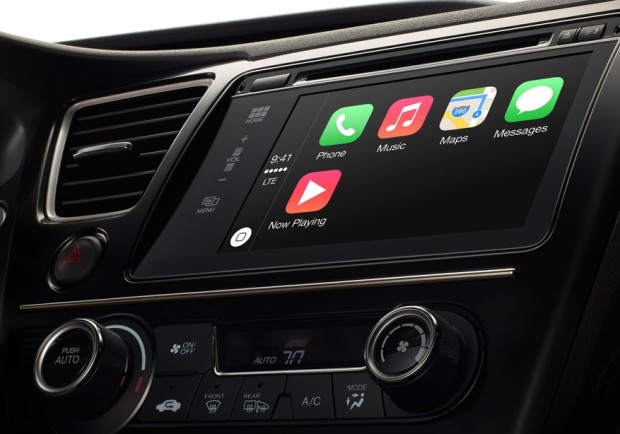 Apple’s CarPlay brings the iPhone experience to the dashboard.

Just plug your iPhone into your car with a Lightning cable and you’ll have a specialized version of iOS on your car’s display that’s optimized for tapping while driving. Vehicles without touchscreens will allow drivers to control CarPlay with their built in dials, knobs and buttons. The whole idea is that drivers will no longer have a need to reach for their phones while driving.

Our friend Jon Rettinger from TechnoBuffalo gives a demo of the Apple CarPlay-compatible infotainment unit in a Ferrari FF in the video above. Obviously you’re not going to spring for a Ferrari FF, which costs more than $300,000 when well equipped, just to get CarPlay.  But as CarPlay starts rolling out in vehicles over the next year it will become an option that consumers will come to expect.

Apple isn’t the only tech titan trying to integrate its mobile operating system in your next car’s cockpit. Google’s new Android Auto is very similar in concept to Apple’s CarPlay. According to Google, there are 28 auto brands committed to integrating Android Auto in their vehicles in the future, though there aren’t any promised launch dates. While Google’s partner list includes big brands like Ford, Chevrolet and Dodge, there are some notable omissions.  Toyota, BMW and Mercedes-Benz have yet to join the Android Auto initiative. 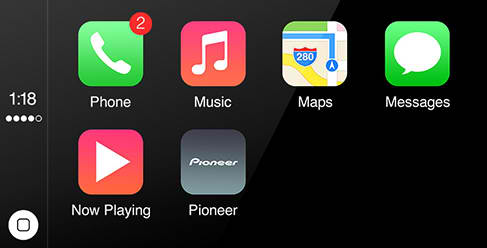 If a new car isn’t on the horizon that doesn’t mean you’ll have to be CarPlay-less for long. Pioneer and Alpine will sell CarPlay compatible head units so you can retrofit your older vehicle. In fact, Pioneer will update several of its models to work with CarPlay.

Over the past seven years Apple’s expanded its mobile ecosystem by partnering with leading brands, both inside and outside the gadget industry. A close partnership with Nike put iPhone-compatible sensors in millions of shoes and Nike FuelBand kiosks in Nike stores. Until last month, FuelBands were only compatible with iPhones, making it difficult for Nike users to switch to Android or other competing platforms.  Apple’s move into the auto industry could have a similar effect. Once users get used to the CarPlay experience in their $75,000 BMWs do you really think they’re going to switch to an Android phone?