Apple's Continuity and HomeKit Might Deliver that Connected Home Dream

Picture this. You live in a home that has Apple products such as an iMac or a MacBook, an iPhone, and either an Apple TV or a Mac Mini. Your iPhone rings. You answer it by using your voice with Siri without touching a device, and as you putz around your house doing your chores conduct your conversation. Far fetched? Today, yes. But perhaps not in the future. With its recent announcements about some new features for the next versions of OS X Yosemite and iOS 8 Apple may be putting in place some of the early building blocks to create just such a connected home experience. 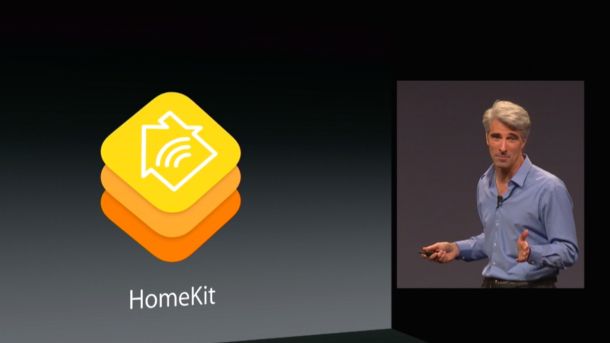 We’ve been hearing about connected home experiences for quite some time. Microsoft has been talking about them for what seems like forever, and Google has been promising [email protected] for a few years. Google may be in the process of heating those efforts up with its recent expensive acquisition of NEST, but we’ll have to wait and see where that is going. And of course, we’ve also been hearing about the Internet of Things, with those “things” supposedly being connected devices and sensors that can help us monitor and control various “things” around our household (and other places) while those sensors also monitor our activity.

But as of yet, some sort of connected home experience is really still just a promise and probably will remain in that realm for awhile. We’re getting close with the technology but we’re not there yet.

And that’s where Apple’s early building blocks come in. Continuity looks like one of the key pieces of any long term puzzle. And the key piece of Continuity looks to be the location and proximity awareness that in this first version will let your Mac know that your iPhone or iPad is nearby, (and vice versa), and allow you to share tasks between the two. Apple demonstrated how a user can answer and make a call on their iPhone using their Mac, along with other shared capabilities.

Imagine if someday we see that capability extend to Apple TV? Of course many have been imagining what could happen with a number of things with Apple TV, but again we’re speculating about the future. If Apple incorporated Siri, with an always listening capability into Apple TV we’d be looking at a potential Xbox like experience.

And we don’t really know how Apple’s iOS peer-to-peer connectivity with Apple TV will work yet. Apple highlights that under its new Enterprise features, but could that come into play in a connected home?

We’re just beginning to learn about the possibilities Apple is building into HomeKit and you can see this kind of Continuity extending to a number of different possibilities. Craig Federighi mentioned one possibility that we might see in the future. Simply saying “Get ready for bed” might unleash a series of actions that dims lights, adjust thermostats, clicks on the timer for the automatic coffee maker, (or reminds you to put in the coffee), and arms a home security system for the evening.

Much of what is being talked about with HomeKit so far has to do with using a mobile device as a remote, which will probably be a logical first step into a connected Apple home. But if you think about it, picking up any device as a remote almost seems quaint and outdated.

Again, we’re imagining a future here and much of that future has been imagined before. We won’t see these kind of things for some time yet, but the fact that Apple is providing HomeKit as a framework for device and home gadget makers will probably speed things along more than if Apple had tried to do something more closed on its own.

Microsoft has also been making some noise to let us know it hasn’t forgotten about connecting up to the Internet of Things as well, but there’s nothing resembling a framework available from Redmond on that front yet, although Microsoft promises it will be out soon and for free.

In the immediate months ahead we’ll be hearing more about new smartphones and operating systems more than we’ll be hearing about connecting up things in our homes. And, as we’ve been saying all along, we’ve heard a lot about connecting things up in our homes before with nothing to really show for it. That said, perhaps we’re getting closer to a day when we do hear more about these capabilities and how how mobile devices interact with them. Apple has at least laid out some interesting building blocks towards that end that might, if nothing else, perk up the discussion around those possibilities.