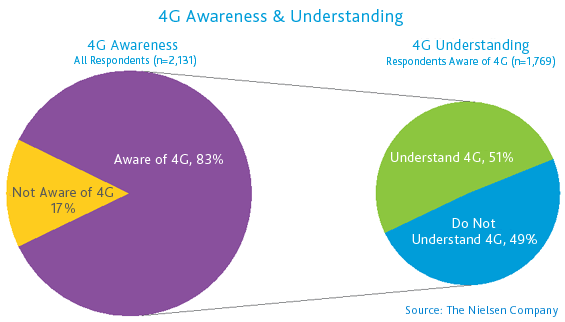 The Nielsen Company recently conducted a survey of 2,131 Americans to gauge the public’s understanding and awareness of 4G and finds that the majority of Americans are cognizant over what 4G really means. That said, over a quarter of respondents who say they understand what 4G is–27%–think that the iPhone 4 made by Cupertino, California-based Apple represents some iteration of 4G. The good news is that 54% of respondents actually know what 4G means and that the definition given by them includes fast wireless data speeds greater than 100 Mbps, WiMax, and LTE. 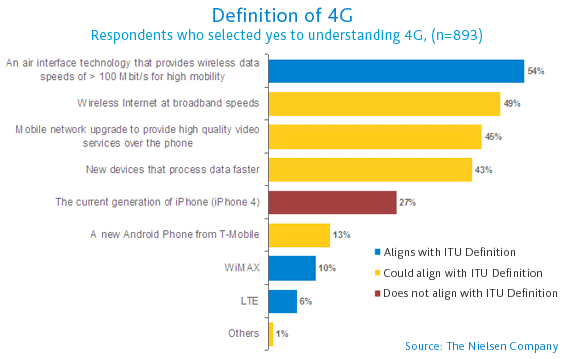 We’re going to be hearing more about 4G in 2011 with Verizon already announcing its 10 consumer LTE devices. Rival AT&T will surely confuse some customers with its 4G definitions and switching standards. At CES, the GSM carrier has announced that it will use 4G as it applies to its HSPA+ network and devices in the first half, while transitioning the definition of 4G to include its LTE roll-out and devices in the second half of the year.

So how does awareness translate into sales? Nielsen finds that only 29% of customers intend on buying a 4G device in the next 12 months. 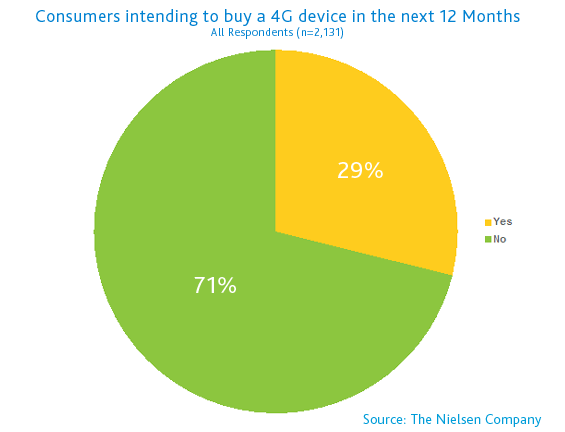