We’ve heard reports and seen the photos. We’ve heard an unnamed Apple official say that “purple haze” or “lens flare” is expected behavior from the iPhone 5 camera when a bright light is just out of the frame. And now, Apple has put up a support document basically confirming that statement. All well and good you might say. Apple acknowledged there is a problem. Not so fast.

What Apple is acknowledging is that those who already have an iPhone 5 will have to endure this defect. Perhaps it will get corrected in future editions of the iPhone 5. Perhaps not. But I’ll bet you a fistful of currency that the next iPhone won’t have this problem.

Why is this a problem? For some it may not be if they follow Apple’s instructions about framing pictures differently to avoid the lens flare. (You’re holding it wrong?) But I find it hard to imagine that Apple, based on its own words saw this one coming. Here are those words from Apple’s website. 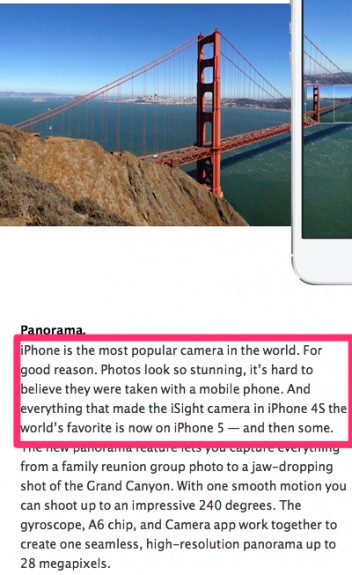 Apple’s vaunted hype machine is a master of words. So, I don’t think you say things like “everything that made the iSight Camera in the iPhone 4S the world’s favorite” if you know you’ve created a situation where you have to use the camera differently in order to create the same results. There’s a disconnect here that I find disconcerting.

To be fair, I went back through some pictures I took with both the iPhone 4 and the iPhone 4S. There are a few instances where there is a purple haze in pictures framed in the way that this problem is manifesting itself. Here’s one example of that taken with the iPhone 4S: 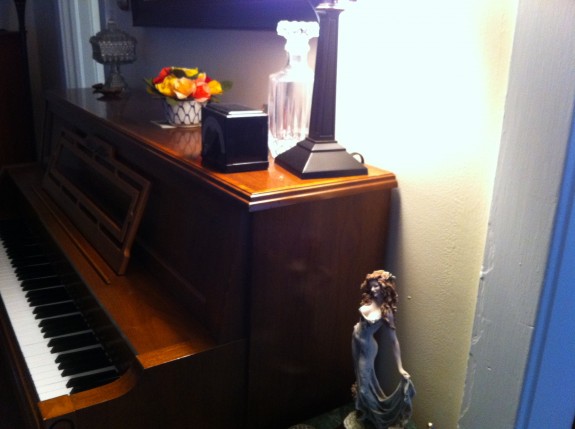 And while it may be incorrect to compare images that are of not the same target and not taken in the same conditions, here’s one that I took with the iPhone 5 that demonstrates the issue with that model: 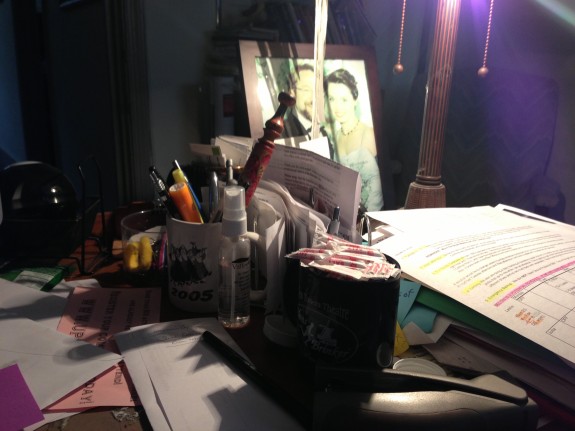 I am not a photography expert, nor a lens expert. But what my eyes tell me is that while the purple haze issue did exist on the previous two editions of the iPhone that it is more of an issue on the iPhone 5. Why? Well, I’m drawing some conclusions from a point that Chicago Sun-Times columnist Andy Ihnatko made in his review of the iPhone 5 camera. In that review he says there is a flaw in the way the iPhone camera uses one of its new features: the ability to take better photos in low-light circumstances. Ihntako noticed that in moderately low light circumstances iPhone 5 pictures came out blurrier than the same control shot taken with an iPhone 4S. His theory is that the new feature for lowlight may be overcompensating in circumstances that it does not need to. Apparently this new feature for lowlight photography sacrifices some clarity by returning fewer pixels that are then interpolated to yield the 8mp photo.

Again, I’m no expert here, but I believe Ihnatko is on to something and that this interpolation of data is probably yielding a more readable purple haze in the final result. That’s a theory of mine, and I’d love someone who knows much more about this stuff than I do to let me know if this is in any way accurate, or just frustrating speculation.

If my guessing is even close to accurate than Apple may have exacerbated an existing issue that supposedly many cameras share by adding an improvement in another area.