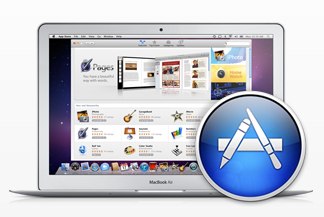 Apple announced that its Mac App Store will open on Thursday January 6, 2011. That date’s also the first day of CES 2011, where every company except Apple will be launching announcing new products. This is hardly a coincidence as Apple has routinely introduced new products, including the iPhone, in the midst of previous years’ shows.

There are countless high-quality applications available for OSX, but discovering them can be a challenge, especially for switchers who’ve spent years or decades working on PCs.  Like the App Store on mobile devices and within iTunes, Apple will promote popular apps and highlight up and comers.

Developers will be able to set their own prices and  will keep 70% of all revenue, with the remaining 30% going to Apple. The Mac App Store developer program is open for business here.

Apple will likely use the Mac App Store to promote its own software products, including iWork, iLife, Final Cut and Aperture.