Apple has announced its brand new iPad at the Yerba Buena Center for the Arts in San Francisco and as was rumored prior to launch, the tablet will be coming with 4G LTE support for a number of carriers including AT&T and Verizon in the United States and Rogers, Telus and Bell in Canada.

In addition, the new iPad will come with support for HSDPA+ up to 42Mbps and HSPA+ for up to 21Mbps.

There will also be a Wi-Fi only model starting at $499.

The new iPad will be Apple’s first 4G LTE device and it means that it will be able to pull down speeds 10 times faster then those found on a normal 3G network. 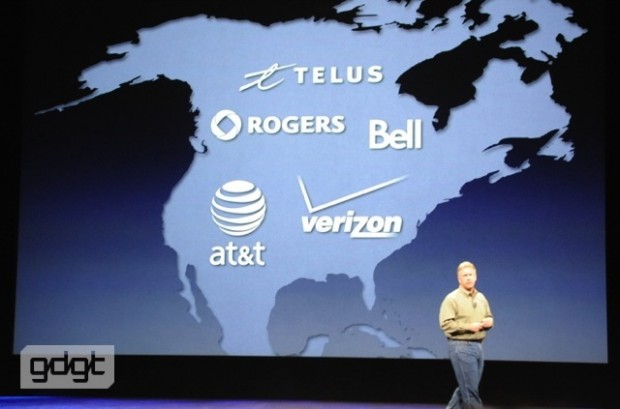 This shouldn’t come as a surprise to those that have been following the trail to the new iPad. 4G LTE support has been rumored for quite some time.

Unfortunately, it looks like Sprint, which plans to get its 4G LTE network up by the middle of 2012, has been left out in the cold.

At least for now.

The new iPad will also be world ready which means that those traveling the globe will be able to use it on 3G GSM networks.

It’ll also have support for mobile hotspot, if the carrier offers it.

4G LTE is extremely fast and you can get a good idea as to how fast by checking out this video below which pits the 4G LTE enabled Droid Bionic against the 3G enabled iPhone 4S.

As you can see, 4G LTE makes a world of a difference and it should be enticing to those that expect to bring their iPad to areas where Wi-Fi is not available.