With Samsung being the largest threat to Apple’s dominance in the mobile ecosystem space, Apple is hot on the offensive and defensive with a new ‘Why iPhone‘ campaign. The campaign is now part of Apple’s website, detailing the reasons why smartphone buyers should choose the iPhone 5 over leading smartphones running Android, Windows Phone, or BlackBerry.

The tone off the campaign is similar to what Apple was doing in the early 2000s when it urged customers to choose a Mac over a PC. In those campaigns, Apple highlighted the unique OS X features of the Mac and the fact that Macs can run PC programs through virtualization–in the early days it promoted the Virtual PC software that was later acquired by Microsoft.

With the new ‘Why iPhone’ campaign, is highlighting 12 reasons to switch to the iPhone 5. We’re going to take a look at all twelve reasons and see what makes sense, what is just Apple marketing, and if you really should switch.

It says a lot when your customers are satisfied and it speaks volumes when you get the prestigiious JD Power & Associates award for 8 consecutive years. When iOS first debuted as the iPhone OS in 2007, it was a novel experience that’s fully touch-based without complicated contextual menus. It was simple, elegant and effective. However, in recent years, Android is catching up and Windows Phone has shown that it could hold its ground in creating a simple, elegant user experience. This is all subjective at this point as you’ll find good experiences on a number of platforms, and in more recent years critics are longing for iOS to evolve more and allow them to do more. 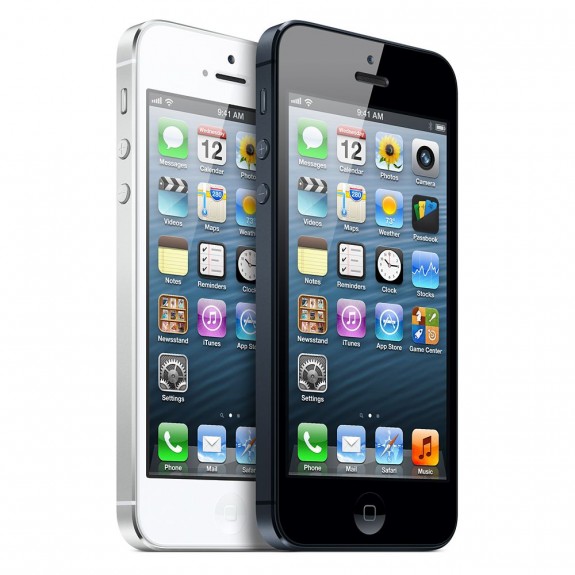 Apple is highlighting its achievements with designing the sleek iPhone 5’s body. Apple’s been historically known to lead the industry in its hardware industrial design with sleep notebooks, smartphones, and tablets. The iPhone 5 is no exception and it’s one of the most elegantly crafted smartphones today. However, the HTC One is catching on Apple’s tails with its zero-gap unibody aluminum enclosure and Nokia’s unibody polycarbonate offers simplicity with colors and choice of matte or glossy finishes. This category is subjective, but Apple’s lead in design is narrowing.

This one was an industry leader when the iPhone 4 debuted. On the 3.5-inch smartphone, the full, unzoomed version of the New York Times’ full web page looks fantastic and even legible. Today, Apple’s stubborn desire to stick to a smaller 4-inch form factor may be a hindrance in a world where 1080p full HD displays are the rage. The HTC One will have the most pixel-dense displays and a 5-inch Galaxy S4 will offer more screen real estate for reading webpages and viewing videos. This category shouldn’t be about screen size, but rather screen resolution. In this regards, Retina Display pales Android’s 1080p. 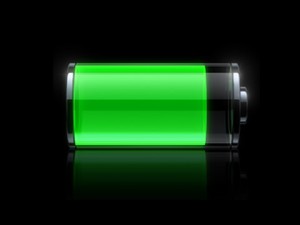 Apple did manage to achieve a lot of engineering marvel in crafting a thin and light smartphone with a pretty fantastic battery life. A lot of industry watchers have noted that perhaps one reason Android manufacturers are starting to look at phablets is to squeeze in even larger batteries. On one hand, Apple is able to achieve superb battery life on a sealed, non-replaceable battery. On the other hand, devices like the Galaxy S3 with its removable battery means you can keep multiple batteries charged when you’re out and away from a power source for lengthy periods of time. However, due to the large Apple ecosystem, we have devices like the Mophie Juice Pack Air and the Helium that offers an external battery molded into a hard case. That’s something that hasn’t really been readily available for Android, though Mophie only recently released a Galaxy S3 battery pack.

This is a toss-up, but at the end of the day does anyone care about processors as long as their phones run smoothly and doesn’t overheat? The iPhone’s apps and system runs well on the A6 processor, but with more intensive tasks introduced on newer Android flagships–like recording simultaneous videos with both the front- and rear-facing cameras–we’ll have to see how Apple responds with the iPhone 5S in a world of quad-core and octa-core Android flagships. At the end of the day, it’s not about specs but about a fluid user experience. So far, Apple has delivered, but hopefully it could match some of the new features of competing new Android handsets.

This is par for the course and Android handsets have delivered this for some time now.

7. The World’s Most Popular Camera

The iPhone has led the mobile camera revolution, but recent attention in smartphone photography has been turned to low light photos and stabilized videos. In these categories, the iPhone’s camera pales in comparison to Nokia’s Lumia 920 and the Ultrapixel camera tech of the HTC One is leading the Android race with stabilized videos and low light photography by squeezing more light into fewer pixels. 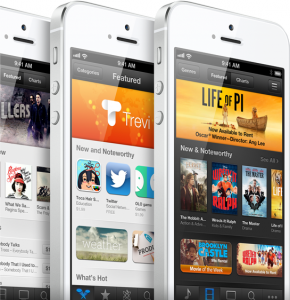 Apple’s iTunes store and App Store have no rival. The breadth of content is simply umatched by Google and Windows Phone doesn’t even allow you to buy moves through Microsoft’s store for Windows Phone 8 at this time. The downside with so much content is that Apple won’t allow you to download large videos, TV shows, and movies over a 4G LTE connection. Granted that this decision saves the non-savvy users from high data overages, but Google allows users to stream and play videos purchased on the Play Store. Hopefully, Apple will catch up with more lenient access to its fast 4G LTE connections that it readily boasts. Apple definitely leads in this area, however, in terms of content available, where availability means tethered to WiFi for downloads.

Apple claims that iOS 6 is the most advanced OS in the world. This may be true, but users are demanding more and Android offers more flexibility, Windows Phone offers something novel with the Live Tiles UI, and BlackBerry offers a familiar experience from yesteryear. Apple needs to do more to revolutionize iOS again before it turns into the new Windows Mobile or Palm OS. If Apple doesn’t continue to evolve, revolutionize, and innovate, it will fade away. When we look at Android since the platform debuted, it was a radically different look and feel to the Android OS of today. The same changes to the UI and UX would need to be made by Apple to remain fresh and relevant. Sure, iOS is timeless, if time didn’t change.

Siri-ously? Apple’s Siri was revolutionary when it was first introduced, but as a platform-agnostic mobile user I’ve grown to love Google Now. It’s intelligent, predictive, and can guess what I want to do next. Siri needs to be more integrated with apps like Yelp, OpenTable, Flickr, etc to stay ahead as Google’s trump card is that it has access to your life on the Internet to try and guess your next move, whether that’s driving home after work or showing you local events nearby.

iCloud is still something that needs to be ironed out, but Apple has a slight lead on this as it is allowing developers to tap into iCloud. For example, users can sync app settings to iCloud and restore them later or have them applied to multiple devices through iCloud sync. One such app is the messaging app called IM+. Google, on the other hand, uses its cloud mainly for storage–photos, videos, docs. Google’s cloud is more flexible, but iCloud’s more integrated approach may deliver more value now.

This is an area where Apple has been known to excel in historically. Thanks to AppleCare, the Genius Bar at retail stores, and a vast legion of faithful and active customers on forums, Apple delivers help when you need it. The Genius Bar has been a source of praise for Apple. Google without a retail network relies mostly on the web for support. As a consumer company, Google cannot compete with the level of service that Apple delivers. However, Microsoft is on Apple’s tails with its Answer Desk service, which is intended to compete with the Genius Bar at Microsoft’s own retail stores. For now, we’ll give this one to Apple.

Apple does a lot right, but with the iPhone 5 Apple is perhaps showing its fatigue. The iPhone 5 is a new design from the preceding iPhone 4S, but at the same time it doesn’t introduce as many new features. Recent Windows Phone and Android flagships are leading the mobile revolution by hedging bets on technologies that aren’t even available on an Apple product yet, like hover gestures, digitizing pens, NFC, wireless charging, bold camera bets, and more.