While Apple and Samsung have been known recently as bitter competitors with heavy lawsuits against each other, the two companies do have business relationships where Samsung is a major component supplier to Apple for its products, including memory, processors, and displays. However, as competition heats up in the mobile space where Samsung’s Galaxy Player music devices, Galaxy smartphones, and Galaxy Tabs are competing head-to-head against Apple’s iPod and iPod Touch, iPhone, and iPad devices, Apple may be moving its business elsewhere. In particular, a high level Samsung official has implied that Apple may be moving the chip production of future A-series processors to another manufacturer. 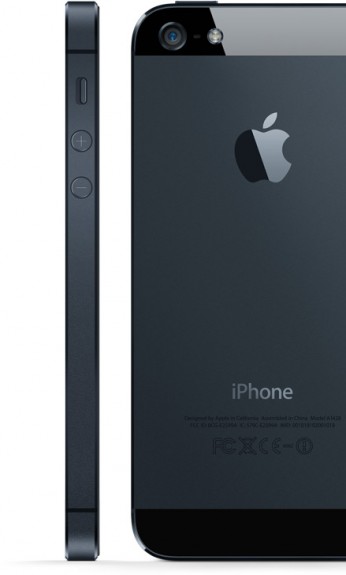 Taiwan Semiconductor Manufacturing Company is reportedly sourced to produce a future generation of A-series processor. While Apple’s current A6 processor, which was designed in-house by Apple based on reference designs from ARM Holdings and manufactured by Samsung, uses a 34 nm manufacturing process to improve speed and battery efficiency, Apple is said to be working on a 20 nm design. Potentially, the 20 nm manufacturing could end up at TSMC.

Samsung had reportedly built its Austin, Texas chip manufacturing facility to support Apple’s chip business with an investment cost of $4 billion. In addition to making chips for Apple, Samsung had also been recently tapped in Qualcomm to manufacture Snapdragon processors as Qualcomm is unable to meet demand.

In addition to manufacturing the processors for Apple’s mobile products, Samsung has been connected with Apple in the past for flash memory and storage, displays, and RAM.

Apple and Samsung are also competing in the chip space, but to a lesser degree as Apple doesn’t sell or license its ARM-based processor designs to other smartphone or tablet manufacturer. Samsung creates the Exynos series of dual-core and quad-core CPUs. Most recently, Apple had poached a Samsung chip designer.

At this point, it’s still unclear what the impact of Apple’s move to TSMC will be, but as Samsung is such a large partner, any disruption or setback could potentially cause delayed product launches in the future for Apple to even bigger shortages of products if TSMC won’t be able to deliver what Apple needs at the scale and amounts that Apple demands. TSMC was rumored to be the manufacturer behind the A5X and A6 chipset, but that turned out to not be true.

For example, Apple’s recent switch to in-cell screen technology that allows the iPhone 5’s new 4-inch display to be more vivid has created difficulties in the manufacturing process and is one of several reasons cited for long delays and wait times for the iPhone 5. Additionally, the switch from a glass sandwich design from the iPhone 4 and iPhone 4S to an aluminum design on the iPhone 5 has also proven to be difficult, which is another culprit for delays in shipping for the new smartphone.

A change in supplier, especially one that may be inexperienced to handling the volume that Apple orders in could spell disaster for consumers who may not have the patience to wait for Apple to meet demands.

Other reports speculate that Apple may also be looking at Intel as a potential chip partner. It’s unclear if Intel would manufacture ARM processors; the company is leveraging its Atom processors in the mobile space. Most recently, it was speculated that Apple may even be making a move away from Intel for the company’s OS X-based desktops and notebooks.