One of the biggest drawbacks behind storing your music in the cloud through services like Amazon Cloud Drive and Google’s new Google Music is that after you spend time to search for the song file you had uploaded, it takes a few seconds to buffer before your tune starts piping through your speakers. Not so with a new patent filing from Apple, which would be a hybrid solution that stores the first few seconds of your song on the device and the remainder of your song in the cloud to eliminate the wait for buffering, which could get annoying fast if you skip through songs a lot. 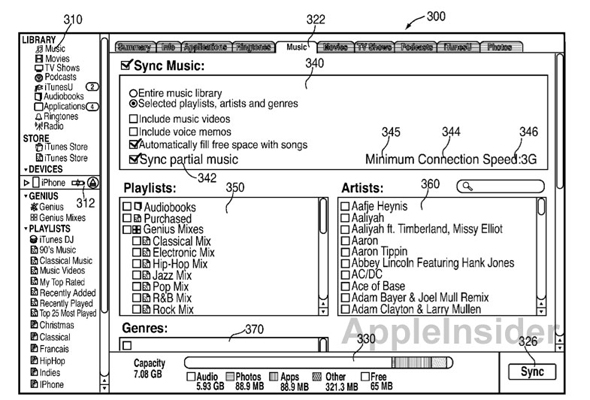 The patent uncovered by Patently Apple shows a system where Apple hopes to sync your music library with just the first few seconds of every song to store locally on your device. This would mean that song libraries will take up far less space than synchronizing the entire songs to your device, while having the benefit of not having to wait for songs to buffer when you first start playing them or skip through them. The remainder of the song would be stored in the cloud. The system would work in that when you begin to play the song, the 10-20-second portion locally stored on your device would begin playing. Then, it would synchronize with the cloud and the portion in the cloud would buffer while that beginning few seconds start to play and kick in to pick up where your device leaves off.

Apple is rumored to be finalizing its deals with the music labels and an announcement for a cloud-based music service could materialize by WWDC. Historically, Apple has used its fall music event to launch new iTunes initiatives, and the company could save a cloud-based iTunes for a fall announcement. If it waits until fall, the announcement would be in parallel to the rumored iPhone announcement. The company may announce the music deal in advance, however, due to competitive pressures from rival Amazon and Google.