Apple is reportedly working on a plastic cheap iPhone that sports a Lightning port and a 4-inch Retina display inside what will be a colorful plastic shell according to the latest rumors, but U.S. customers won’t likely find the cheap iPhone on store shelves this fall.

A new leak of the alleged front and rear cheap iPhone panels shows a plastic iPhone that matches the iPhone 5 in size and shape, but with a plastic back and rounded edges.

This is an unconfirmed leak, but the plastic back of the budget iPhone looks like an Apple product and lines up with multiple rumors of a plastic iPhone rear in many colors. 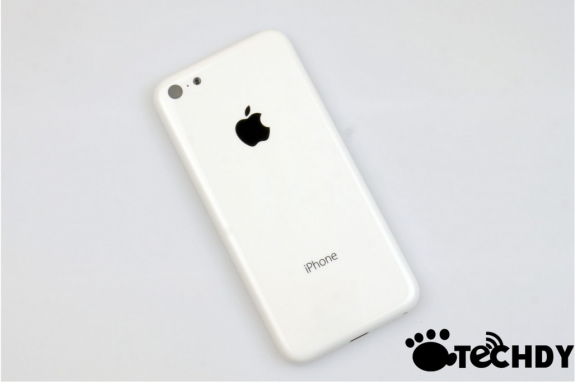 The back of an alleged budget iPhone assembled with no internal parts.

Techdy shares a three-and-a-half-minute video showing the alleged budget iPhone in all it’s glory. While the iPhone will not turn on, as it is missing the internals, this videos shows off what a finished budget iPhone could look like including a white plastic shell and a black front.

The Budget iPhone in this video and in the photo galleries looks similar to an iPhone 5 in many areas such as the bottom of the device where a Lightning port, headphone jack and speaker opening sit. The back of the budget iPhone features the iPhone name and an Apple logo in the middle of the back as well as a large camera opening, flash and a microphone opening on the back of the device. 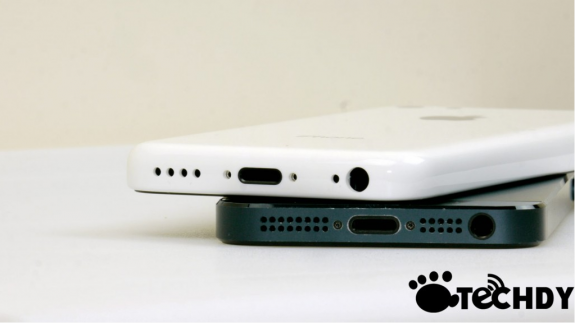 The alleged budget iPhone compared to an iPhone 5.

While this is a plastic device with no internals on board, M.I.C. Editor in Chief Chris Chang says the device does not feel cheap. He compares the shape of the budget iPhone to the original iPod. Chang describes the build quality of the alleged budget iPhone, comparing it to Samsung smartphones like the Galaxy S3 and Galaxy S4.

Techdy is already knocking off this design with a Basic Bear smartphone that uses the Budget iPhone design and runs Android, available later this month in multiple color options for $199.

No Cheap iPhone for U.S. Users

While there is no way Apple will confirm that this is or isn’t a budget iPhone, if this is the real budget iPhone it won’t likely show up on any U.S. carrier.

The iPhone 4 is already free with a payment plan on T-Mobile and available for just over $400 off-contract. While this new plastic iPhone offers a larger screen, a Lightning cable and a new design, it is not likely to show up at Verizon, AT&T, Sprint or T-Mobile.

During Apple’s earnings call in January 2013, CEO Tim Cook addressed rumors of a cheaper iPhone telling investors, “The most important thing for Apple is to make products that impact people’s lives. We don’t seek revenue for revenue’s sake.”

With this in mind, it’s possible that this is the budget iPhone that Apple will sell in markets like China and India at a lower price, but not one that Apple would release in the U.S. just to compete with off cheap Android smartphones.