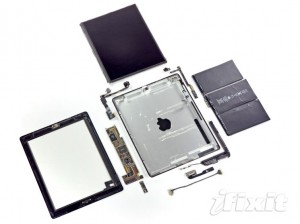 Given Apple’s economy of scale even in a pre-Japan tsunami environment, the company already has huge component advantages based on the sheer volume of flash memory, glass, and high resolution displays that it orders for its iPhones, iPods, and iPads. However, given that many of these parts are in high demand and are in short supply because of the earthquake and subsequent tsunami in Japan that has damaged or interrupted work at some local factories, Apple may be gaining an even greater lead than some of its competitors as the company is willing to absorb the increased costs from its suppliers as a result of the natural disaster.

According to Taiwan’s DigiTimes, “Apple has agreed to absorb all the additional costs in exchange for smooth shipments, Apple’s upstream component suppliers, which purchase components from Japan, are expected to see their profitability undamaged in the short term, according to sources from upstream component makers.” If Apple’s competitors cannot do the same, they may see their supplies being constrained. “However, for other tablet PC vendors, purchasing pressure will increase and if they are unable to absorb the extra costs, which will only give Apple more advantages in the market.”