Apple's Tim Cook: iPhones Not Just for the Rich! 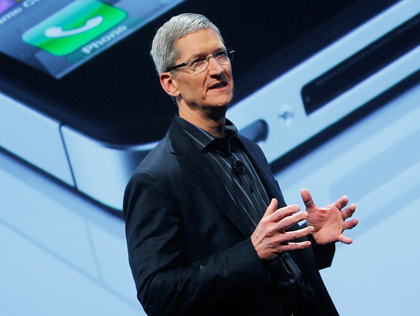 In a broad statement of strategy, Apple’s Chief Operating Officer Tim Cook reveals that Apple is looking at the possibility of delivering cheaper iPhones and will target the prepaid market.

Cook says that the company “is likely to develop lower priced offerings” and that it doesn’t want to position its products as being “just for the rich.” The COO says that it has invested “huge energy” in China, which is considered a “classic prepaid market.”

It makes sense for Apple to make the iPhone more accessible to more people. Nokia, the world’s largest phone-maker, is seen as targeting the mid- to low-tier segments, which is carrying the company despite ailing smartphone market share. I speculate that Apple can be even more aggressive and further drop prices as the company, unlike other phone-makers, can also afford to sell its phones at a loss in some markets because it controls the entire phone ecosystem. As Apple gets a 30% cut from App Store sales, users who purchase apps can provide a revenue stream for Apple to offset any losses on iPhone revenues.

In the recent past, a cheap, low-cost ‘iPhone Nano‘ was rumored before being shot down by the New York Times.

The iPhone is a halo product for Apple, and an important product as it introduces users new to the Apple ecosystem and other products, such as MacBook Pros–the latest one we had just reviewed, iMacs, Mac Pros, and Apple-made software for example.

What’s interesting is that Cook feels that just the iPhone ranks just after basic necessities–like food, shelter, and water on Maslow’s hierarchy of needs.

In terms of the tablet market, Apple predicts that the re-emerging computing category will be highly competitive, but the company has a strong lead. Competition there will stem not only from traditional PC vendors, but also from other makers of smartphones, like Motorola, HTC, Samsung, and LG, for example. Cook hinted that the company has interesting things in the pipeline, and the company is expected to announce a new iPad at a March 2nd event in San Francisco, California, of which we will be in attendance.

Via: Forbes and Business Insider