Apple continues to sell iOS devices at a record clip. Apparently over 100 million iOS device toting folks have also upgraded their older devices to iOS 6, along with those users who are receiving iOS 6 with an new iPhone 5. Apple also seems to be doing quite well in terms of selling Macs. The uptake on the recent OSX Mountain Lion roll out has also been strong. Nobody does it like Apple when it comes to getting large quantities of its users to move to its latest software. But there is a problem in these latest updates that I’m experiencing.

It can be argued that one of the reasons for Apple’s success is its App Store approach to distributing software, better known in the current vernacular as Apps.  Apple makes it easy for users to download a new App or update an existing App straight to a mobile device. Apple also makes it easy to do the same on its Macs. In my view though, Apple has misfired with its recent releases to the software that runs it App Stores to the point where it calls Apple’s attention to detail into question. 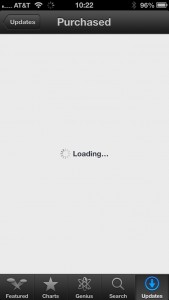 Both App Stores (Mac and iOS) now seem to have taken cues from Apple’s other online selling mechanism, iTunes. They are without question the slowest instances of software that I run on my devices. iTunes is slated for a much needed update next month and there are legions of Apple users (and Windows users) who are hoping that Apple finds a way to fix the bloat and streamline what iTunes offers. To be honest, I don’t hold out much hope for that.

Apple last week released iOS 6 and updates to both Mountain Lion (10.8.2). There was also an earlier update to iTunes prior to these releases. Maybe, and this is just speculation, Apple has so inextricably tied things together in its vaunted ecosystem that this triple whammy of updates has to occur this way. But, I’m beginning to think (again speculation) that this may be part of the problem. There are obviously a lot of moving pieces here.

What is not speculation is what I’ve experienced since these updates. First let me get this out of the way. Anyone who expects things to run efficiently during the first few days of an update cycle might has well be wishing for some sanity from the NFL over the lockout of union officials. Things are going to be slow for awhile as Apple’s servers get slammed with demand. But after a few days or so, things usually settle down. On both iOS devices and Mountain Lion devices I’ve seen such slowness and unresponsiveness that it looks like Apple wanted its App Stores to achieve some sort of customer frustration parity with iTunes.

Yesterday I restored and rebuilt two iOS devices back to factory conditions (iPod Touch 4th Gen and new iPad. I typically do this after an iOS update has come through, even though I do the OTA update initially. You know that age old maxim of computers, a freshly built device will solve a lot of issues. One of the areas I was hoping to see improve was with the App Store. Sad to say, I saw no improvement. Launching and using the App Store on either device shows the same slowness and unresponsiveness that I saw before the restore.

But a slow running App Store on iOS devices is only a portion of the issues. There are others on both iOS devices and OSX devices.

I’ll cut Apple a little slack here. These App stores are huge endeavors and stocked with tons of inventory. That has to be difficult to maintain on the back end. It also has to be difficult to design effective user facing front ends for these efforts. If I’m not mistaken Apple’s App Stores are tied into their respective OS. This means, that unlike an App, there needs to be an OS update to make changes. That is potentially problematic when it comes to addressing these kind of issues. For a company that thrives on moving physical inventory better than most, its online offerings need some serious attention in my view. 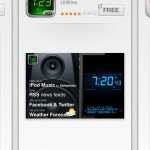 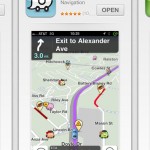 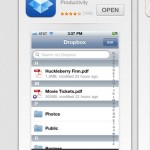 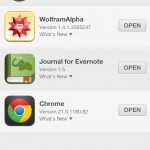 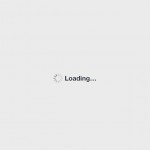