Apps for eReaders are not the Answer 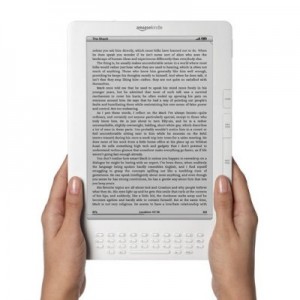 Reaction to the announcement of app development for Kindle has been mostly positive. One exception has been Matt Miller of The Mobile Gadgeteer who says “Forget about apps on the Kindle and focus on content.” My initial reaction was similar to that one of his readers: apps are content. However, I think Matt was on the right track and the better answer for all eReaders lies in the in-between realm of file formats.

Books are often perceived as static, passive data sources, but that’s not always the case. Books come in in many shapes and forms, more of which must be translated to eBook form if eReaders are to be true book replacements. There are puzzle books and study aides, which require direct user input. How-to books, such as cookbooks and home repair guides, aim to turn readers into doers. Map books, seen as obsolete in an age of GPS, must become active adventure guides to stave off extinction. These are the voids Amazon wants to fill with their apps, but do we really need separate apps to make that happen?

Apps are not required to get static eBooks on the Kindle, so why require them for interactive eBooks? Does each publisher really need their own method of filling in a crossword or circling a drawing on a page? No, that’s not their concern. Their concern is creating content. Amazon’s concern is delivering that content and that includes developing the software to make that happen.

eReaders are supposed to emulate real books. Amazon and others need to run with that on every level. The process to publish an interactive book is basically the same as publishing a static book, just ink printed on paper, so requiring wholly different development paths for their digital equivalents makes no sense. Yes, interactivity will be a more involved process, but the difference should be like coding an all-text web page vs. coding one loaded with media. Lot more coding involved, but embedding video and images doesn’t require bundling the elements as an app. Asking publishers to become software developers is the wrong approach.

Thinking further down the road, I opined recently that pen input on eReaders make sense. Why? Because that’s how we interact with physical books. People don’t press keys to fill in a Sudoku puzzle. They don’t tap buttons to complete a practice test in a study guide. They fill in those blanks by pen. Amazon and others want to replace real books with eReaders, then they need to do what real books do, which means pen input. For this, standard formats are definitely required. Might as well embrace the approach now than switch gears later.