Are Manufacturer's Too Eager to Get in the Tablet Game and Shooting Themselves In the Foot with Premature Releases? 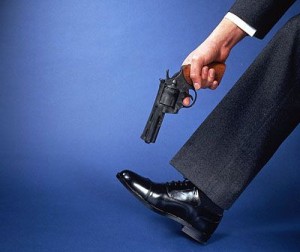 First impressions matter. Always have. Always will. Fact of life. While there are opportunities for rebounds or second acts or reboots, first impressions matter and unfortunately they last. We’ve now seen two of the big iPad competitors release their Tablets into the wild. Well, let’s back up a second, we’ve seen them release them into the hands of gadget reviewers. Certainly that’s a wild and wacky world and you can say that early reviews from gadget reviewers don’t always reflect how consumers will feel about the devices. But unfortunately, those early reviews do have some impact on how many consumers might actually give a new gadget a look-see.

Just like with Motorola’s Xoom, RIM’s Blackberry Playbook garnered some good marks but most of those good marks are tainted with phrases like “good first attempt,” “rushed to market,” “released prematurely”, and well you can probably recite the litany. And unfortunately, that litany will go on to define these devices as they try to make their way in their infancy. Read a blog post or listen to a podcast that talks about the Xoom and it is almost like the device’s name is “The Xoom Tablet from Motorola that was released before it was ready…”

Both companies offered new products that from what we’re reading and have read, are, and were, essentially incomplete. Remember Motorola’s Xoom was going to be the device you want to run FLASH on. Well that wasn’t the case until a recent update filled in that blank that was left when the device shipped. RIM’s Blackberry Playbook seems to have a longer list of features promised for the future, and that’s very unfortunate, especially when it comes to running Apps. That promised Android compatibility is not expected until summer, as is the missing stand alone PIM functionality.

I can understand the rush and the push to get into the market. You can’t compete in the race unless you’re running in it. But when you hit the starting line with your running shoes untied, your chances of stumbling out of the gate increase. I know there are all sorts of variables that factor into the business decisions here, but with the release of both of these two Tablets it makes me wonder if anyone ever asked the question, “what if we don’t think it’s ready to go?”