Been fielding a good number of private questions as of late regarding tablet options and alternatives to OneNote, specifically Android- and iPad-based ones. Trend seems to be growing, so I thought I should address it publicly. Beats turning it into my email signature. 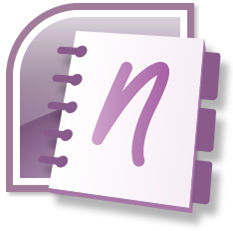 (Note: the point of this post is not to explain what OneNote is. Maybe I’ll explore that in another post, but it’s been covered plenty by GBM over the years. This is for folks who already use it and are looking for alternatives. Besides, Microsoft already has their own people for that job.)

Sorry, there are no comparable alternatives to OneNote.

If you’re using OneNote and like the inking and searchability and handwriting conversion and integration of ink and other media (photos, screen grabs, audio, video, any file on your computer), you are out of luck. There are no perfect alternatives to OneNote. Microsoft is literally years and millions of dollars ahead of what little competition there is. No one else can match the experience. At least not yet.

Hope on the horizon

OneNote is a unique entity at the moment, but there are parties to watch for the future. They don’t match OneNote now and maybe they will later. For now at least, they offer lesser alternatives, and if OneNote is too much power for you, maybe one of these will suffice.

First on my list is HTC and their Scribe technology for Android tablets. This is the system I tested and demonstrated on the HTC Flyer. Right now, it’s a rough and dirty system that captures handwriting as image files and kicks them to Evernote for storage and OCR. There’s a great write-up on the Evernote Blogcast about this integration.

The huge advantage of this system is ease of use. Touch that pen to the screen and it goes directly into markup mode. Touch the pen to the dedicated button and the pen-based options pop-up. It also allows time- stamped audio capture.

But again, the handwriting, either as notes or screen markup, is captured as image files. No matter how editable, these simply aren’t going to be as accurately searchable as ink in OneNote, nor is screen markup the same as the integration of ink, screen grabs, text, and other media. There’s also no handwriting to text conversion and no line smoothing (which is a big deal to me). I see great potential for Scribe, but it’s not close to OneNote yet.

Warner has covered several note-taking apps for the iPad, such as Pen Ultimate, but these are all essentially drawing apps that are formatted for handwriting. There are also PDF annotation apps, like PDF Expert and iAnnotate, that allow a user to markup digital documents as they might do with paper copies in a meeting. Some can shoot notes to Evernote for storage and OCR, much as HTC Scribe does, or at least do so via email.

These apps are fine for their limited purposes, but again, they come up short to the full power of OneNote. Worst of all, the iPad, unlike HTC tablets with Scribe, does not offer active pen input. That is to say, it treats a stylus no differently than a finger, while HTC Scribe tablets can detect their special pens and react differently than they would to a finger, such as triggering screen markup when the pen is touched to the screen. Doesn’t matter how good the stylus is, and we’ve reviewed plenty of great (and not so great) ones, it won’t be as accurate or useful as active pen input.

I thoroughly believe pen input is the next logical step in the evolution of eReaders. These devices are supposed to replace paper books, then they should replicate the full experience, right down to being marked up by pen. Where do people typically write notes? On loose sheets of paper? No, in notebooks.

Unfortunately, this idea has yet to take off. Devices like the BeBook Neo are designed primarily for annotating books. The dual-screen enTourage eDGe with pen input on its e-ink side is ended. eReaders have yet to fully embrace pen input, let alone offer OneNote-level searchability and media integration. The future of pen input on eReaders is bleak.

On Windows-based tablets, the competition for OneNote has narrowed down to Evernote and it is no longer the inking powerhouse it once was. The company has refocused the product into a catch-all, a “memory drawer”. Its big strengths now are storage, search, accessibility and versatility (all of which OneNote matches quite solidly). Ink notes are available in the Windows desktop application, but these are akin to writing on yellow notepads, not like the infinite notebook metaphor of OneNote. (And I don’t really care for how the Evernote inking works.)

There is also Windows Journal, the “Wordpad to MS Word” equivalent to OneNote. This is my personal note-taking app of choice. It’s neither as powerful nor as versatile as OneNote, but I enjoy its simplicity (and never cared for paper notebooks, so that metaphor in OneNote does not appeal to me). It also has the advantage of using Microsoft’s inking system, same as OneNote.

So while there are plenty of ways to write and annotate on nearly any tablet computer, the power of OneNote is currently unmatched. I have great hope for HTC Scribe, but that system is still in its infancy. The iPad has plenty of software options but is hampered by its lack of active pen input. eReaders seem to be fizzling out before they can grow into true book replacements. Alternative applications for Windows tablets are fewer and further between. Not saying you can’t find a good note-taking experience on other tablets with other apps or that it you won’t enjoy them better than OneNote. I don’t need all that power for my notes either. But for that OneNote experience, nothing I’ve seen comes close.

Of course, “Tablet Computing 2.0” is still in its early years. Touch input is on top, but pen input, I believe, will eventually emerge as an important differentiator. Microsoft has a lot invested in this and HTC is chasing behind them. It may never be “the next big thing” but true pen input can definitely be that one tipping point feature that the other guy doesn’t have

BTW, just because I can, I went ahead and handwrote this last part in OneNote, publishing it all through Word. Unfortunately, it automatically converts ink to text in the send to Word unless I specify ink be treated as image (see below).

Update: Reader Manacap points out that the Lenovo ThinkPad tablet also includes active pen input. Not only does this allow inking but also handwriting recognition through the MyScript Notes Mobile app. Definitely should have listed it. Hands-on video here.