Microsoft’s Xbox One gets the most attention from just about everyone these days. Gamers love it because it is quickly becoming the relatively cheaper next-generation console that offers a lot of functionality. Entertainment lovers focus on it because it has hardware that enables users to watch television and never interact directly with their cable box or satellite equipment. Very slowly, a lot of people are forgetting about Microsoft’s Xbox 360 console.

The most popular of these Xbox 360 Black Friday deals is going to be with the world’s largest retailer: Wal-Mart. For Black Friday 2014 Wal-Mart isn’t just slashing prices on everything from clothing to Christmas trees. There the Xbox 360e with 4GB of storage will cost just $99. The retailer will start selling the consoles on Thursday at 6 PM on Thanksgiving Day November 27th, and it’ll only be while supplies last.

This deal only includes an Xbox 360 with 4GB of storage, but its great for all kinds of people. First, the casual gamer in your life will love it because there are tons of Xbox 360 games available at increasingly cheap prices. They run the gamut from hardcore high-profile shooters like Call of Duty, to fun and family friendly games like Sonic and Forza Horizon.

The Xbox 360 started out as a gaming system, but every quickly it turned into a gaming and entertainment system. That’s another reason why it makes a good Black Friday 2014 purchase. Many cable channels and video services have an app on the Xbox 360. Verizon allows users to completely replace their cable box with an Xbox 360. The Verizon app for Xbox 360 includes live television channels. The Comcast Xfinity app doesn’t have live television, but there are tons of on-demand content available through the service. There are apps for Netflix and Hulu Plus meant for cable cutters too. 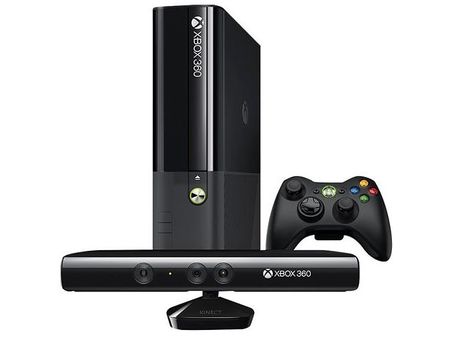 The Xbox 360 is pretty easy to use for anyone who has handled a gaming controller in the past. There are roughly fourteen buttons on an Xbox 360 controller though and almost all of them change function depending on where you are and what you are doing. For kids and adults that controller can be a bit daunting.

Thankfully, many games and apps come with support for the Kinect sensor. Originally announced back in 2010, the Kinect sensor gives the Xbox 360 eyes and ears. It can see users move their hands and feet and move their characters accordingly in some games. It can hear users tell it that they want to open an app or pause the video they are watching. It cant control television sets and audio equipment like the Kinect 2 sensor that backs up the Xbox One, but it’s good enough for basic use. The Xbox 360e 4GB with Kinect sensor normally costs $249, but Target will have the complete bundle on sale for $179 during it’s Black Friday 2014 Door Buster deals. Again, this is definitely a good buy.

Remember to stay on the lookout for more Xbox 360 Black Friday deals. GameStop, the largest games retailer in the United States hasn’t yet revealed what it will be offering shoppers this holiday. That being said its hard not to imagine that it won’t whip up some last minute savings on the Xbox 360. The retailer takes console trade-ins and has been known to offer big discounts and savings on used consoles. Presumably, it’ll do so again this year.

What you are looking for in an Xbox 360 Black Friday deal are free games or free accessories. Deep pricing discounts aren’t unwelcome either. In an ideal sale you’d get all three, but usually its two out of the three. Remember to look up the price of each Xbox 360 game included in a potential deal on its own to see how much money you are actually saving. A game that costs $5 or $10 independently isn’t worth getting up early for. That being said, a game that normally costs $59 is definitely worth investigating more and possibly rushing into a store for.

It’s also important that you remember the nature of Black Friday deals themselves. Most retailers don’t offer rainchecks and deals are only good while supplies last. If you over sleep or they run out of consoles, you will be out