After Mary Jo Foley of ZDNet reported that Windows 8 could arrive sooner than we expect, there has been some chatter on the Internet that the next-generation desktop Windows operating system could arrive on tablets with better touch support along with compatibility with ARM-based processors, a feature that CEO Steve Ballmer had announced during the Consumer Electronics Show earlier this year. 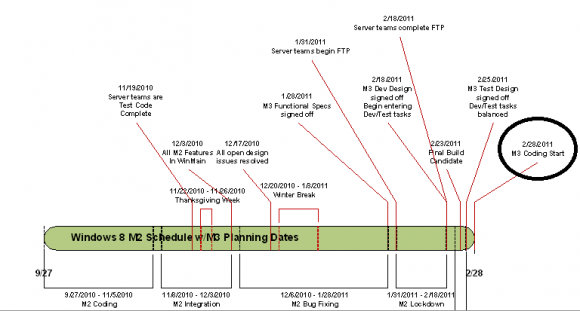 Foley says that Microsoft has already completed the second milestone of the Windows 8 build, and that Milestone 3 is expected to be accomplished on February 28th, the end of this year. The beta build should be ready, if all things go according to plan, by Microsoft’s Professional Developers Conference in September 2011 according to Foley.

The time table would put Microsoft’s release well in advance of Dell’s new tablet roadmap, which has a Windows slate for release in early 2012, though if Microsoft continues its historic tradition of releasing two beta builds before a Release to Manufacturing (RTM) build, Windows 8 may not launch until mid-year 2012 by that prediction. 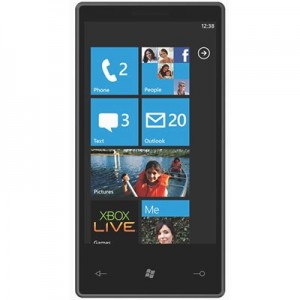 Since Mary Jo’s article has appeared online, numerous tech sites have added their own predictions. A few, like Windows 8 News, speculate that the build could add support for ARM-based processor, moving away from Intel’s processors. The announcement that some future version of Windows would be ARM-compatible was made at CES, though Microsoft did not give a specific timeline for the transition. When that happens, the full desktop Windows OS could perhaps be more competitive with other consumer operating systems on tablets, such as iOS, MeeGo, Android, webOS, and BlackBerry Tablet OS. Although ARM processors claim to deliver powerful applications while being conservative with power consumption, Microsoft will most likely need to work with ARM to optimize Windows codes to deliver longer run times between recharges.

Other rumors peg that Windows Phone 7’s Live Tiles, part of the Metro UI on Microsoft’s mobile platform, may make it to Windows 8 on the tablet side. Live Tiles was heralded as a novel user experience approach that dynamically update Web-connected apps in the background while offering users larger icons–rather than text–to optimize for the touch experience. Though Microsoft has said in the past that Windows Phone 7, the OS, won’t be making it to tablets as they already have Windows for that, the company did not rule out the possibility of Windows Phone 7’s different UI elements to migrate to Windows, such as Live Tiles, panoramic menus, hubs, and a social gaming experience that would tie back to Xbox Live. 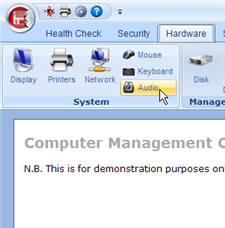 By utilizing a full Windows OS–though it may be more limited than a Windows 8 Ultimate build–on a tablet, Microsoft could leverage its entire ecosystem of programs and productivity suite to claim a competitive advantage over other consumer mobile OS tablets. With a power conservative ARM-based Windows 8 tablet with an enhanced and touch-optimized Live Tiles UI, Microsoft can deliver its desktop suites–such as Office–along with other programs, such as Photoshop, all on a productivity tablet. After all, with the Ribbons UI of Office, a lot of Microsoft desktop programs are already migrating from a text-based menu to a graphics-based menu that will be more conducive to touch interfaces rather than requiring the precise taps of a stylus or digital pen to activate.