When Apple introduced the iOS 6.1 operating system for the iPhone and iPad, it may be one of the biggest enterprise blunders released in recent history from the Cupertino, California company. While iOS 6.1 corrected some bugs, like wireless connectivity, it also introduced a fresh set of bugs that would have IT managers ripping their hair out, like problems with accessing Microsoft’s Exchange ActiveSync servers for push emails and also the ability to bypass the security lock screen. However, as Apple begins to work on new patches and subsequent iOS updates that would address these issues, consumers may actually stand to become the biggest loser in this quest for security. 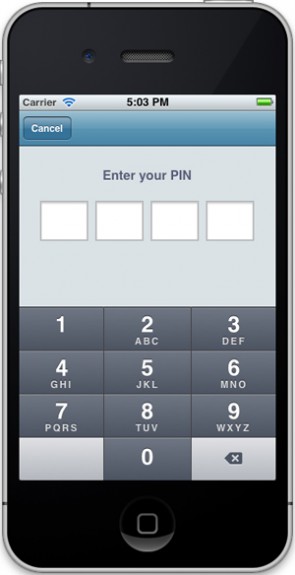 More recently, a second iOS 6.1 lockscreen security flaw was discovered that was similar to the first exploit that we had previously reported. This time, though, anyone possessing the physical iPhone can plug the device into a USB port on a computer, according to an Apple Insider report, and gain access to data that’s on the iPhone, including the device’s address book and voicemails, even if the phone was secured with a passcode.

“If one of the vulnerabilities doesn’t work, Evasi0n doesn’t work,” Wang said. “We could replace that part with a different vulnerability, but [Apple] will probably fix most if not all of the bugs we’ve used when 6.1.3 comes out.”

What If I Don’t Jailbreak?

Closing these exploits not only hurts those who actively jailbreak and hack their devices, it may actually hurt users who don’t jailbreak as well. We’ve heard of environmentalists claiming that any danger to one member of the ecosystem may have a ripple effect on others, including humans, and this is the case with jailbreaking as well.

Even though you don’t actively jailbreak, often times, ideas that are created through jailbreak modifications and hacks end up being adopted through future iOS software versions by Apple.

Inspired by Jailbreaking, These Features Were Officially Adopted by Apple 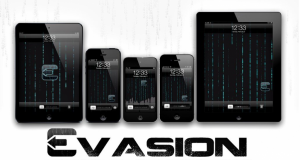 Remember the days when the iPhone can only single-task? Apple later adopted multitasking after the jailbreaking community showed that not only was multitasking possible, but it did not have a hugely adversed effect on battery life. Apple did improve background tasks with push notifications to help boost battery performance as well in an official release.

And remember when the homescreen backgrounds were just simply black–the iPhone’s homescreens were basically grids of icons laid on a black background. It was through the customizations enabled through jailbreaking to personalize phones that backgrounds and themes became popular. Apple later adopted backgrounds.

And before there drop down notifications with widgets and detailed lockscreen notifications that show all unread alerts, the jailbreaking community had a number of popular utilities that replicated these functions.

So What? Jailbreaking is No Longer Needed as iOS Improves

For many users with iOS 6, the need for jailbreaking is diminishing. That’s in large part due to the fact that iOS is a mature OS and has adopted many of the wants and needs of its users over time. Many of these ideas were inspired by popular jailbreaks, others were just requested by users. However, jailbreaking may be a necessary evil in the ecosystem as it could lend itself to the next big idea. Multitasking, notifications, folders, and widgets were all ideas that were born from the jailbreaking community. The next big iOS innovation may come from there as well, and who knows, maybe this new iOS feature may revolutionize the way we use our iPhones.

The Importance of Security

However, despite the need from Apple to turn a blind eye to the jailbreaking community at times, it does need to address these security flaws. Recent challengers are pushing their way into the enterprise sphere, and with the recent growth in the Android space, Apple cannot afford to ignore the enterprise sphere.

BlackBerry has rebranded itself and BlackBerry 10 is being promoted as being enterprise-friendly with top-notch security features that BlackBerry has historically been known for. Motorola and Samsung have both created software authentication on top of Android to make the platform friendly for work. And at Mobile World Congress, Samsung is promoting its Knox program, which essentially is a competitor to BlackBerry Balance.

Knox will come preloaded on Samsung’s Galaxy smartphones and tablets in a bid for greater enterprise adoption. It will allow IT managers to create a separate work and play partitions on the device, similar to a dual-profile setup. Content on the work profile will be secure, safe, and can be managed from the IT department. Like on BlackBerry Balance, users would not be able to copy information from the work profile to the play profile for increased security.

Apple is already looking towards the future. The iPhone 5S is rumored to place emphasis on security with features like a hidden fingerprint reader. However, good hardware security requires proper software safeguards, and iOS will need to be improved to not be exploited in the future.

Apple will have to compete with offerings like BlackBerry Balance and Samsung’s Fort Knox-named profile to stay competitive. With glaring security flaws like the ability to bypass security passcodes, Apple will need to show IT departments that its software can still be trusted, and to do that, Apple will need to actively patch any known or foreseeable vulnerabilities. This may leave jailbreakers scrambling or they may need to put up with iOS or transition to another platform.

And as jailbreakers and modders leave, consumers may be left with whatever Apple delivers on iOS. Without inspiration from jailbreakers, innovation may be slow to come.