French video game developer Ubisoft is trying to pull off a tough thing. Assassin’s Creed Unity should have been a runaway success. Switching to the Xbox One, PS4 and PC exclusively meant that Ubisoft could deliver a game with better graphics and improved play mechanics. Between being able to climb down buildings, new weapons, a new urban setting and a revolution, all of the makings for a successful title where there. 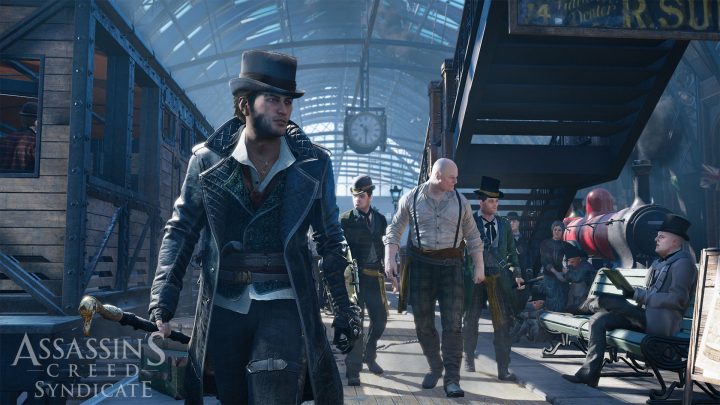 Late last year, there were leaks about another coming game in the Assassin’s Creed franchise slated for this year. In this game players would leave the revolution-torn streets of Paris for Victorian London. There they’d use new weapons and combat additions to spice up takeouts and missions. Ubisoft later confirmed that Assassin’s Creed Victory was coming, and it still is.

Assassin’s Creed Victory is Assassin’s Creed Syndicate. The setting is the same, the time period – Victorian England is the same too. Users will play as Jacob Frye or Evie Frye, two would be revolutionaries who plan on leading the poor to victory over London’s privileged class of organized criminals.

Assassin’s Creed Syndicate is or Current Consoles & PCs Only

On October 23rd, only the Xbox One, PS4 and PC will get versions of Assassin’s Creed Syndicate. As such, users who want to play the game should start saving away money to make the upgrade.

Assassin’s Creed Syndicate Will Have You Climbing Less

The main mode of transportation in the Assassin’s Creed game has always been your own hands. You use them to hop fences and climb even the tallest buildings. Those mechanics are still in this year’s game, but Ubisoft is rethinking everything a bit. Jacob Frye will come equipped with a grappling hook that allows him to quickly scale tall buildings and get around London with absolute ease.

Carriages made in appearance in Assassin’s Creed Unity, but they weren’t operational really. The game treated them as shortcuts, in-game ways to get form one map to another without deep diving into a menu. Carriages in Assassin’s Creed Syndicate are much more robust. As Jacob Frye, users will get to steer their own carriage. This change is the first significant upgrade we’ve seen in transportation since Assassin’s Creed 4: Black Flag’s sailing mechanics involving the Jackdaw.

Stealth has always been and will probably always be the high-point of the Assassin’s Creed games; after all you’re playing an assassin. What has changed in recent years are the weapons. The weapons you get in each year’s Assassin’s Creed game mostly depend on the style of that Assassin. Last year’s Arno Dorian could carry a hammer or broad swords. He used poison bombs to clear a room and smoke bombs to disappear.

Assassin’s Creed Syndicate drops you into the middle of industrialized London. There are some new weapons from the time period to assist you on your journey. Forget the swords, a cane joins your hidden Assassin’s Blade and gauntlet. A small dagger allows you to quickly execute any foe. Throwing knives allow you to enemies from a distance. Frye’s cane hides a sword.

It’s worth noting that building your own gang of friends helps you take on the powers that control London, acting as your most lethal weapon.

Beyond that, players can finally use objects around them as killing tools. Beyond that, Ubisoft is pushing for faster, more fluid combat. 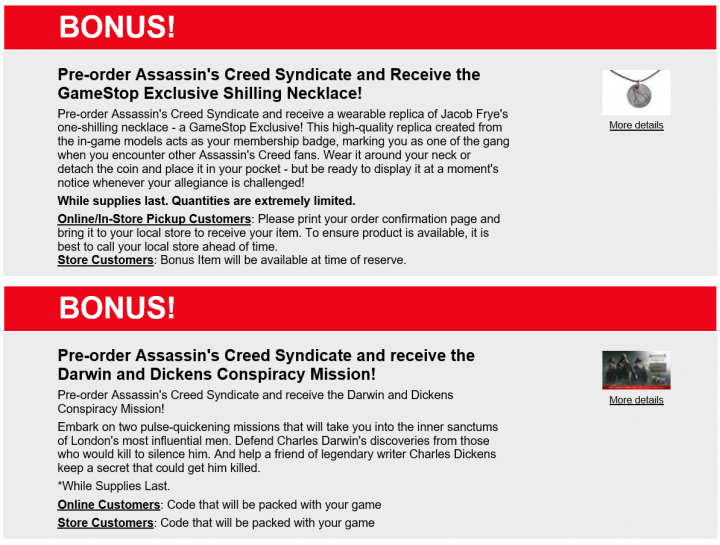