Assumptions, Truth-in-Advertising, Lemmings, and Other Thoughts

I’m relaxing this morning in Colorado Springs waiting for Matt Faulkner to arrive and waiting for Rob Bushway to return from a super-secret meeting (more on that next week) before we get underway with our GBM planning sessions and the Meetup. Relaxing is something I seldom get a chance to do, and boy am I enjoying sitting outside the hotel looking at the mountains and doing a little feed reading. All this relaxing gives me a chance to think and that’s always a dangerous game. So, here are some things on my mind this morning.

Free WiFi. Yeah, some hotels, coffee shops, etc advertise it as an amenity. Some, like this Hilton location in Colorado Springs, need to bring out the truth-in-advertising meter before they do. This location would be better off advertising Free Internet Browsing. They’ve blocked enough ports and access that I can’t connect on Messenger or receive email from any of my accounts other than GMail through the web. Others in the dining room I was with this morning were complaining about the same thing. And the fact that Hotels, I guess by necessity, have to outsource their technical support just makes a bad situation worse. I’m actually connected now using EVDO over my Sprint Mogul simply because the wireless set up is so unreliable. Others this morning aren’t so lucky.

Steve Jobs’ quote about technology cycles, the iPhone price cut, and the $100 give back. ““That is life in the technology lane.Ã¢â‚¬Â Somebody just put the brakes on that high spped technology lane. Two points here:

Point One: Some folks in their dismay at the iPhone price cut have taken to saying that they paid an extra $200 for beta testing the Apple iPhone. (Kevin Tofel got quoted in the NY Times for saying that.) I think they might be on to something. Product makers are putting far too much beta hardware and software out there to a public that laps it up like a puppy with a bowl of milk. Heck, the whole UMPC first generation launch was essentially a beta hardware program. What’s the rule of thumb? A Microsoft app will be good by SP1? Apple hardware will be good by Gen 3? Those are the big two, but those of us who live with all those thumbs and rules on the bleeding edge continue to fuel that sort of manufacturing cycle. Yeah, yeah, I know that no amount of beta testing is going to find all the problems. Fine. But let’s get the marketeers and advertising wienies some truth-in-advertising serum or something. Have the guts to tell your customers that the first version of something is just that. A first version. Don’t get me wrong. I don’t expect everything to work well out of the chute. And yes, technology is moving faster than companies can release products to try and recoup some of their investment. But I think Apple just blew the lid off of a classic business sham. See the next point.

Point Two: P.T. Barnum said there’s a sucker born every minute. The suckers just bit back at Steve Jobs. The price cut ticked folks off so much so that Jobs’ felt the heat and offered up the rebate. Some are politely calling the whole thing a misstep. This misstep is right into a chasm that will have long range ramifications in my opinion. Some are mollified and saying that Jobs did the right thing by his customers. (UPDATE: Wall Street sure doesn’t seem mollified today about the whole thing.) But I think both the price cut, and the give back have probably cast a chill over future product releases by Apple and others. I’m betting the next big thing will have more difficulty getting out of the chute, simply because the media and bloggers are going to be reminding folks of the Apple iPhone price cut in the same way they urge customers to wait for SP1 when Microsoft releases a new application or OS. The iPhone’s initial success story will forever be amended to include this latest chapter. 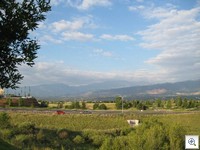 Some will says that’s just business. Some like Jobs’ will say that’s just the technology fast lane and we need to just get over it. That’s staring to sound like that’s just Washington DC and there’s nothing you can do to change it. A few will say, the heck with you and your schemes and just move on. I guess it is OK to be perceived as being dishonest as long as you’re raking in the dough.

Of course in my little idyll here at the moment, it is easy to forget the lemming quality of human nature, at least until I try to check my email on the hotel’s WiFi. The gadget lusters, bleeding-edge believers, and early adopters will always want to be in on the rush to be the first in line (some sort of weird psychological disease that feeds this entire cycle). The iPhone was a huge success because the hype allowed it to transcend beyond the early adopters into the general populace. Although curiously in wandering through 3 airports on this trip and seeing a bunch of mobile warriors working and talking on devices at each stop, I saw not one iPhone. The businesses that need and count on the lemmings to hype and sell their products don’t and won’t forget, although maybe this episode will make them at least think for a moment. But I doubt it.