The world waits to learn about plans to mine near earth asteroids for, among other things, rare earth elements — minerals that play crucial roles in the batteries, screens and components of gadgets like the iPhone, iPad and other devices.

We expect Planetary Resources to announce plans to mine near earth asteroids with robotic “droids” to bring precious minerals and resources back to earth. Resources currently found mainly in China, and with strict controls on exports.

If all goes well, Planetary Resources plans to launch a telescope to identify asteroids that pass close enough to earth with the right mix of minerals. This first step could happen in as little as 18 months to two years.

You might expect to see Bruce Willis and Ben Affleck appear on-screen for the sequel to Armageddon, but this isn’t science fiction — just science.

Science backed by Google’s Larry Page and Eric Schmidt, film maker and deep-sea explorer James Cameron, Ross Perot Jr. and many others with money and expertise.

What does all of this have to do with the iPad, iPhone and other gadgets?

Recent reports suggest that China’s grip on rare earth minerals is a major factor in the production of lithium-ion polymer batteries, the display of the iPad and magnets that control the Smart Cover. Essentially, these rare earth minerals are why Apple makes the iPad in China. 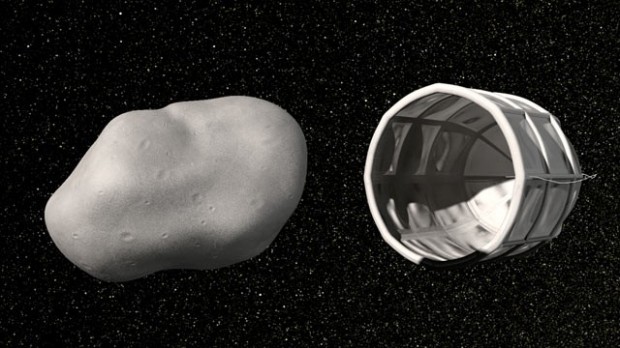 Could Asteroid Mining Bring Gadget Manufacturing to the U.S.?

By comparison, asteroids are loaded with resources that are in short supply on earth, says Peter H. Diamandis, MD, Planetary Resources, Inc,

“Many of the scarce metals and minerals on Earth are in near-infinite quantities in space. As access to these materials increases, not only will the cost of everything from microelectronics to energy storage be reduced, but new applications for these abundant elements will result in important and novel applications”

Apple isn’t the only company that needs access to these materials to make our favorite gadgets, and it’s argued that the low export quotas play a role in the decision to manufacture gadgets in China, not just cheap wages.

Forbes refutes this report claiming that the end products do not fall under the exports, saying that Apple could simply ship batteries, screens and magnets to the U.S. for manufacture if the company wanted to, but if rare earth minerals are mined in asteroids and dropped straight to the U.S. we could skip this step all-together.

Many Factors To Consider

Before we get too excited about the possibility of a resurgence in U.S. manufacturing, it is important to remember that we are still years away from the first payload of asteroid mined rare earth minerals landing on earth.

It’s also important to remember that minerals are not the only reason companies like Apple choose to manufacture in China. In addition to the scale of factories in China, Apple cites the lack of engineers in the U.S. as a reason to make the iPad and iPhone in China. 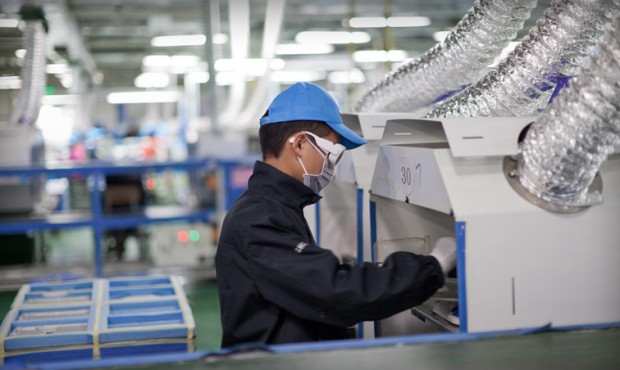 The New York Times, provides the following reasoning in a look at why Apple products are made in China.

“Apple’s executives had estimated that about 8,700 industrial engineers were needed to oversee and guide the 200,000 assembly-line workers eventually involved in manufacturing iPhones. The company’s analysts had forecast it would take as long as nine months to find that many qualified engineers in the United States. In China, it took 15 days”

Hopefully the surge in private space exploration and mining will draw more children to careers in engineering and science.