ASUS announced two new phones and a pair of tablets at IFA in Germany. They reminded the market about the huge 7-inch phablet smart phone called the Fonepad 7, which ASUS previously announced to go along with a new Fonepad Note 6.

ASUS jumps into the market with these new phones, one for potential Note 3 customers since it comes with a stylus, but the other seeming more like a Galaxy Tab or Nexus 7 competitor with phone capabilities.

The ASUS MeMO Pad 8 squares off against the iPad mini and possibly the Samsung Galaxy Tab 8. 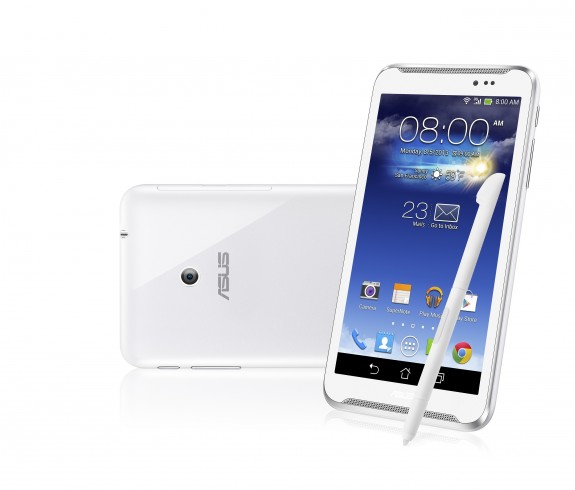 The Fonepad Note 6 brings with it an active digitizer stylus, like the Galaxy Note, and a 1920×1080 IPS screen. The phone runs on an Intel Atom Z2580 dual-processor at 2GHz. Add to that 2GB of RAM and either 16GB or 32GB of on board storage. Users can add more with a micro-SD card. One weakness is the lack of LTE built into the device, according to the press release.

The phone’s battery measures at 3200mAh. The rear camera users an 8MP sensor while the front is a 1.2MP sensor.

The Fonepads only run Android 4.2.2, but come with little other software making it one of the few none Nexus phones with a close to stock OS out of the box.

They will ship with a flip cover, much like Samsung’s flip cover for the Note. 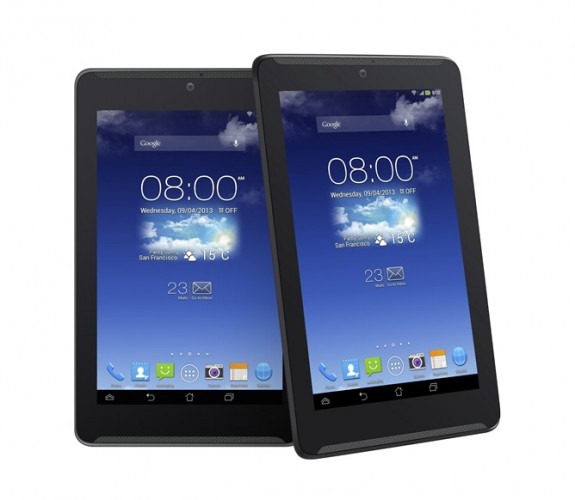 The ASUS Fonepad 7, announced earlier this year and re-announced today, doesn’t include the stylus, a strange choice for a larger tablet-like device measuring seven inches. It also gives users a lower end 720p screen resolution and slightly slower Atom Z250 processor running at only 1.6GHz and a single gigabyte of RAM. Users can get one with 8, 16 or 32 GB of RAM. The rear camera only takes 5MP shots. ASUS includes the same 1.2MP camera that ships on the Note 6. The Fonepad 7 also lacks 4G LTE.

The Fonepad 7 seems like a budget tablet designed for emerging markets where people can only afford to carry one device, want a smart phone and a tablet, but don’t have the cash to buy a high-end device in each category. So, they can settle for the Fonepad 7. 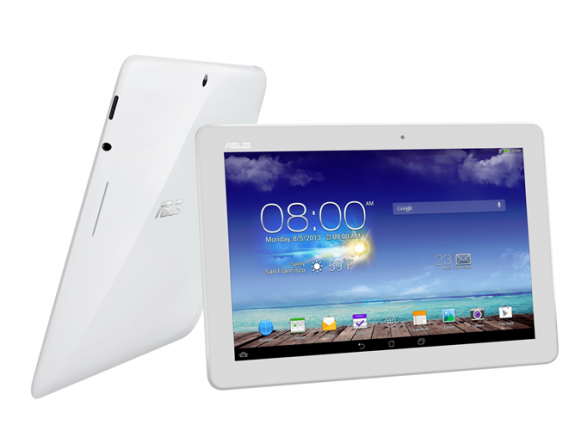 The tablets run Android 4.2 with little other bloatware installed. The MeMO Pad 8 will come with 16GB of storage and a micro-SD slot for further expansion. The MeMO Pad 10 also includes the card slot but adds an option for an 8GB model along with the 16.

Each of these tablets sports a 1.2 MP front camera, but different rear facing cameras. The 8 has a 5MP camera while the 10 only offers a 2MP camera on back. Other specs include: