The Eee Pad Slider was first shown off at CES 2011, 8 months ago, but we haven’t heard much from ASUS about the device until recent weeks.

ASUS has just put the official ASUS Eee Pad Slider product page online. Even though you can’t order the Slider just yet, you can check out the full specs, a collection of product photos and preloaded apps. 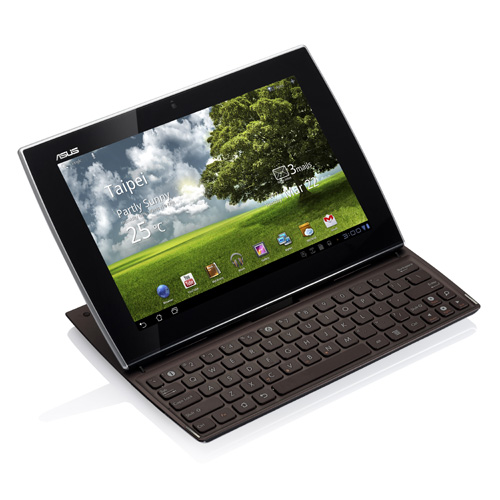 We had originally expected the Slider in May, but after a delay we expect to see the device soon. The launch of the Eee Pad Slider webpage is promising news for fans who want to get this hybrid Android honeycomb tablet in their hands.

The big sell of the Slider, which makes it different from the Eee Pad Transformer, is that the Slider has a slide out chiclet style keyboard. This adds some bulk to the device, and lacks the flexibility of an external keyboard dock. If you do want a keyboard that is always with you, the Slider allows you to have a slimmer notebook.

The 10.1″ display has a 1280 x 800 resolution, 10 finger multitouch support and Corning Gorilla Glass. The sliding shell hides a Nvidia Tegra 2 processor 16 and 32GB of Storage and 1GB RAM. The tablet has a 1.2MP fornt facing camera and a 5MP rear camera. For connectivity, you have Bluetooth, and WiFi b/g/n as well as a USB 2.0 port, Mini HDMI, Audio Jack and SD card reader. There’s also a G sensor, light sensor, gyroscope, e-compass and GPS.

The Eee Pad Slider comes with Polaris Office 3.0, unlimited ASUS Webstorage for one year and an estimated 8 hours of battery life, which is measured when playing a 720P clip.

There is no pricing or availability yet, but we expect to see the Eee Pad Slider soon. It is expected that the 16GB Eee Pad Slider will retail for around $500. 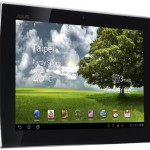 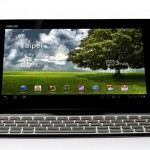 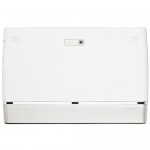 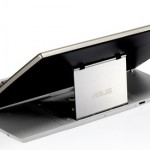 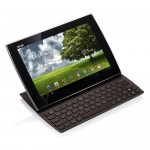