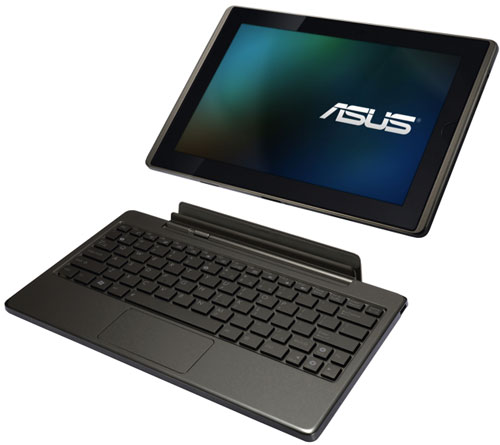 We had seen the Eee Pad Transformer pop up at Best Buy for $400 before it was swiftly taken down and it looks like that was a foreshadowing of things to come because the device is indeed going to start at the very low $400.

Here’s how it breaks down. The 16GB version will be $399, the 32GB version will be $499 and that optional keyboard dock is going to run $150. As far as availability, you’ll be able to find the Eee Pad Transformer at a ton of retail locations including Amazon, Best Buy, Staples, Target, and Walmart.

The Eee Pad Transformer is an extremely attractive device with an affordable price point. For those without deep pockets, it certainly presents a very good alternative to the not-so-inexpensive Motorola Xoom’s and T-Mobile G-Slate’s of the world.

For a mere $400, you can get your hands on not only Android 3.0 but 10.1″ WXGA IPS touch-screen display, 1GB LPDDR2 memory, a 16GB EMMC hard drive, NVIDIA Tegra 2 graphics, built-in 1.2MP webcam with microphone, and Wi-Fi capabilities.

Throw in the fact that this thing is capable of Windows 7 remote desktop connectivity (you can see what I mean in the video below) which allows you to control your desktop PC with the Eee Pad Transformer.