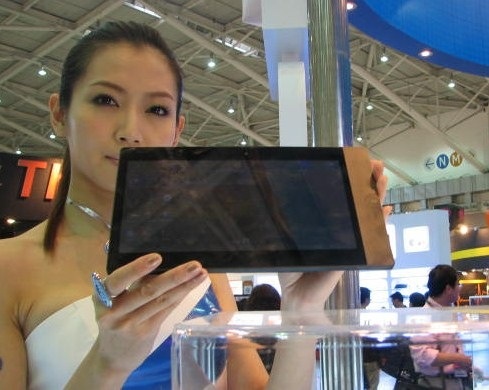 Chippy at UMPCPortal spotted a new tablet prototype from Asus at Intel’s booth at Computex labeled the “EPAD”. It appears to be slimmer than their announced Eee Pad tablet, both literally and figuratively, dropping the last two e’s from the name.

No details to report, just a video of it being shown off by a booth babe, but it appears to be running Windows 7 and Chippy speculates it’s using the Menlow platform. I wonder though if it isn’t simply an earlier and mislabeled design for the Eee Pad, just tossed in with every other tablet Intel could find for their booth.