Asus, arguably the trailblazer of the netbook craze, has released a new line of netbooks aimed at a more “professional” clientele. The first of these devices is the Asus N10, which by the looks of it is a rebranded S101 that we saw earlier. Losing its EEE nomenclature, the new netbooks will include some higher-end components, such as Altec Lansing speakers, an HDMI port, and ExpressCard slot on top of the now-standard 3 USB 2.0 ports and SDHC card reader. The blogosphere is reporting that DigiTimes is estimating a price of $450-$600, but seeing how the run-of-the-mill EEE PC 1000H without the elite factor already comes in at $550-$600, I don’t think this is realistic. 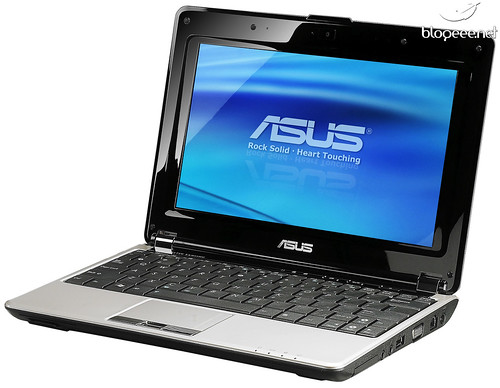 Asus seems to be releasing netbooks on a weekly basis with upgrades, revisions, and new models to their expanding netbook portfolio. Perhaps Asus has finally reached an internal supersaturation point with the EEE PC branding? How successful do you think these high-end netbooks would do on the open market? What is your critical price point for netbooks? Asus is moving away from the $300-$400 sweetspot that I thing makes netbooks such an attractive option. As the industry innovator and leader, Asus’ move upscale into the HP 2133 Mini-Note region of netbook pricing does not bode well for the netbook market.