The ASUS PadFone X has finally arrived in the US, coming exclusively to AT&T after all previous versions managed to avoid the US market. After multiple similar devices over the past few years, ASUS and AT&T are finally bringing this transforming device to the states.

Whether it will be a success or not remains to be seen, but the device does offer a few unique options that other smartphones and tablets currently available today don’t. Mainly being one device that takes care of both your smartphone and tablet needs. Not to mention sharing AT&T data from the phone with the tablet, considering it docks right inside the tablet skeleton. AT&T’s confirmed all the details this afternoon. 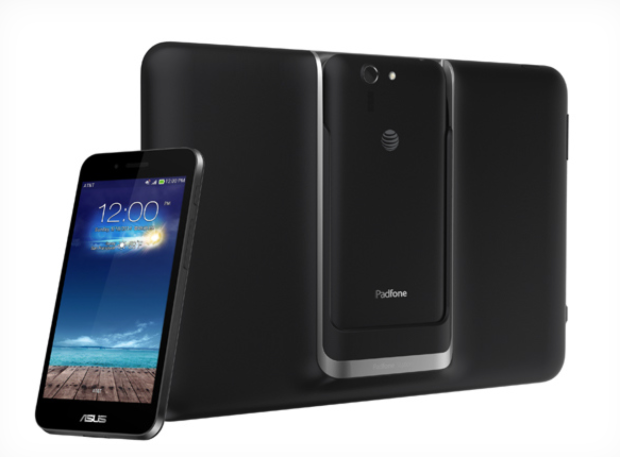 For those unfamiliar, the ASUS PadFone series is a smartphone and a tablet in one. Having the smartphone be the brains of the operation and docks into a 9-inch tablet to give you the best of both worlds for less than buying two separate units.

Similar to previous devices, the new PadFone X coming exclusively to AT&T offers a 5-inch 1080p HD display for the smartphone, and docks into a 9-inch tablet with a 1920 x 1200 resolution. The PadFone X is powered by the latest Snapdragon 805 quad-core processor and 2GB of RAM, meaning it’ll be one of the quickest Android smartphones and tablets available once released. 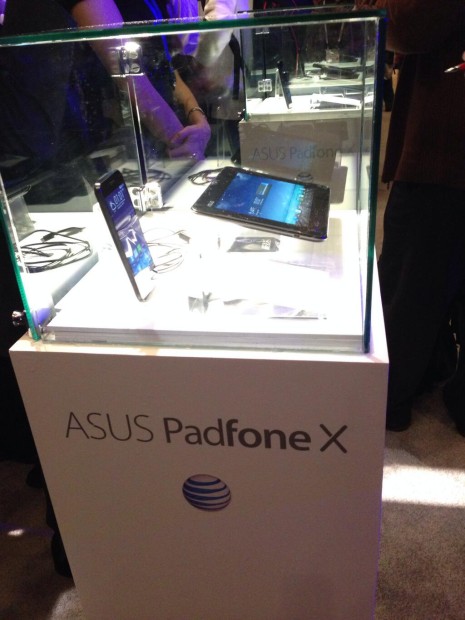 The phone will be capable of AT&T’s new LTE-Advanced speeds for data, as well as VoLTE (voice over LTE) and runs on Android 4.4 KitKat. The details are still rather light but we’re expecting an 8 or 13 megapixel camera, and sadly ASUS confirmed the phone only features a 2,300 mAh battery. Don’t worry though, while the tablet is an empty skeleton that needs the phone to function, it features it’s own internal battery to give you all day battery life.

Read: ASUS PadFone Finally Coming to the US in 2014

Again, the main appeal, is using one device and data plan across two different devices, all while hopefully keeping the price down. No release date or pricing was provided, but we should be learning more this week as ASUS has plenty of announcements lined up.