We know that the Asus Eee Pad Transformer Prime is launching next month and while we know a few of its specifications, up until today, we had no idea what operating system it would be launching with. We had thought that it might be Android 4.0 Ice Cream Sandwich but it turns out that that isn’t the case. Instead, says ASUS, it’ll be launching with Android Honeycomb.

While that’s a little bit of a downer, the company did promise to upgrade the tablet to Android 4.0 in the future. Of course, it didn’t offer up any specifics but Asus has been fantastic about updating the previous Eee Pad Transformer so the update shouldn’t be months and months off into the distance. 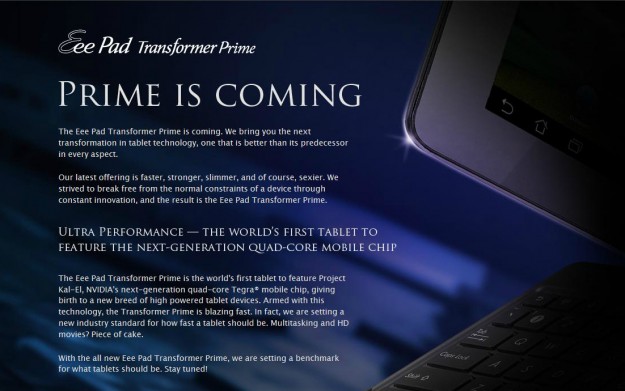 So we know the operating system that will be on board, but what about everything else?

Yes, this thing will zip along.

Look for it to arrive no later than November 9th.