Asus’ VivoTab Note 8 may look like another 8-inch Windows 8.1 tablet in the same space as the Dell Venue 8 Pro and the Lenovo  ThinkPad 8, but the VivoTab Note 8 is actually one of the smaller full-fledged PC tablets that comes with an active digitizer from Wacom. This will make the VivoTab Note 8 a great companion for students, business users, and travelers who require pen input for note-taking, drawing, or annotation. 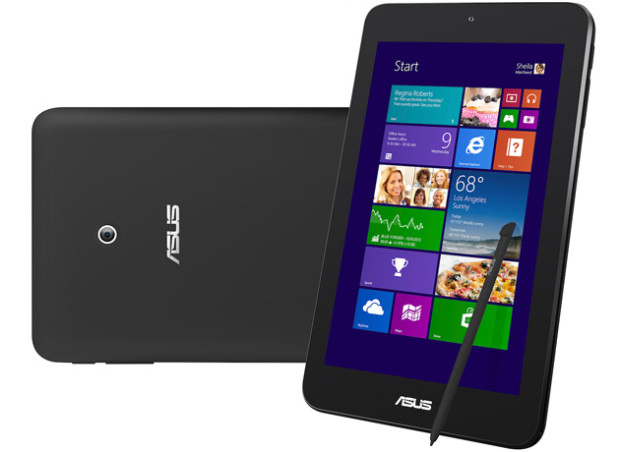 The Wacom pen will be better than Dell’s less accurate stylus, which felt a bit glitchy when we reviewed the Venue 8 Pro though Dell did recently update the

Like the Dell Venue 8 Pro, the VivoTab Note 8 has an 8-inch 1280 X 800-pixel IPS display, rather than the full HD 1080p display of the Lenovo ThinkPad 8. The tablet has an Atom Bay Trail processor from Intel, 2 GB of RAM, and a 5-megapixel rear camera.

The tablet should become available, according to Engadget,  in the first or second quarter. Pricing will begin at $300 for a 32 GB model while $350 will net you 64 GB.