After having created an uproar by eliminating the unlimited data plans just days before launching the iPhone 4, AT&T is seemingly continuing its vendetta against unlimited iPhone data plan subscribers who had been grandfathered in before the carrier switched over to tiered data plans. Most recently, the ‘rethink possible’ carrier had created an outraged community with throttling, where grandfathered unlimited plan subscribers were beginning to see notices that their data may be throttled with as little as 1-2 GB of data usage on a given month. Now, it seems, that AT&T is trying to spin its position with tiered data plans just a little more and instead of offering reprieve to throttled users or for heavy data users on tiered data plans with overages, the carrier is pushing data charges to developers of apps to subsidize. 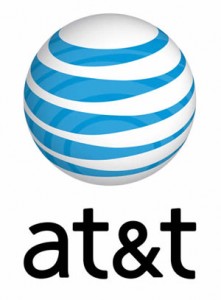 According to a report from the Wall Street Journal, AT&T announced in Barcelona that it is developing a service, that will begin to roll out next year, that would allow developers to pick up the tab for your data. For example, if you’re a paying Netflix subscriber on AT&T’s new $30 plan for 3 GB of monthly data, and Netflix really wanted you to consume more of its service, it could offer to pay your data portion that was incurred as a result of Netflix streaming, so you can use your 3 GB of finite data for other apps and services and Netflix will pay for any data used for streaming videos from its app.

The carrier is making an analogy that the new service is akin to 800 numbers for data plans.

It’s unclear right now if the service would take off and if developers would want to even pay for data. Perhaps, if apps and games came ladened with even more ads, developers can be generous and use advertising proceeds to help subsidize data plans for customers, but as it stands, it looks like AT&T’s just trying to spin charging more for offering less since unlimited data plans went the way of the dodo bird.

The carrier will also be announcing family shared data plans in the future, but has so far not offered any specifics.