According to The Verge, the flagship Windows Phone 8 device from Samsung is the Samsung ATIV S.

The ATIV S is a 4.8-inch smartphone that reminds us of the Galaxy S III on the front. The back of the phone looks quite different from the Galaxy S III, but the overall design similarities are impossible to ignore. 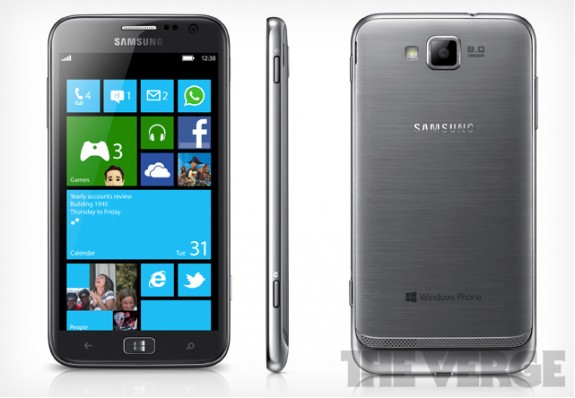 If Samsung does announce the ATIV S at IFA the announcement will likely come today during the company’s Unpacked event. We know Samsung will “unpack” the Galaxy Note 2 at the event, but a new flagship Windows Phone 8 device would be a nice surprise for the event. The phone might get overshadowed by the giant Galaxy Note 2 running Jelly Bean.