AT&T offers a small base station calle a MicroCell, which is supposed to boost your network connection at your home. In testing, we found that the AT&T MicroCell is nice, but we wouldn’t pay for one.

When AT&T offered to give me a free 3G MicroCell, I took them up on the offer. It was part of an effort by AT&T to “reward” their loyal customers. When you read that assume it means a desire to keep loyal customers from jumping ship to Verizon. The timing of their offer leads me to this conclusion since it came at the same time Verizon began offering the iPhone 4. 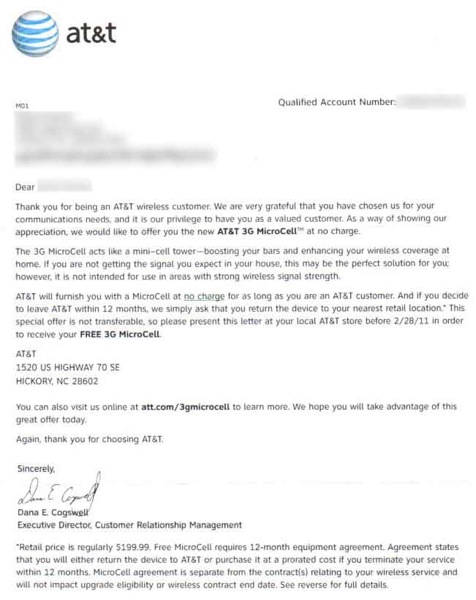 The 3G MicroCell is a device that hooks up to your own broadband connection and uses your network to give you very good call quality at home. Essentially, AT&T was fixing its own poor call quality by using your Internet connection and then charging you for the privilege. We’ve heard reports that they won’t charge you if you complain loud enough about your signal quality in your home. But that is not guaranteed. I didn’t have to pay because they wanted to keep my four-iPhone contract. 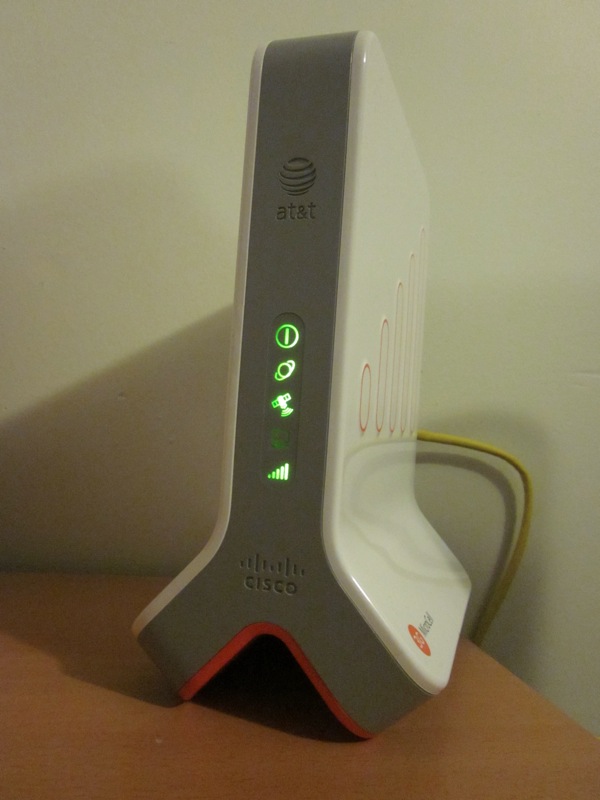 Setup is simple enough. The steps are as follows: 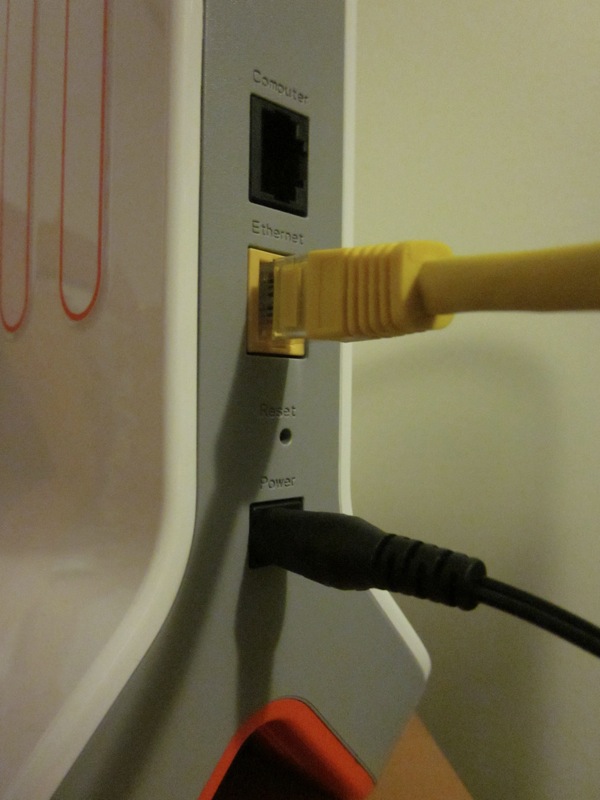 For owners of a router, just plug in the provided Ethernet cable

Our text message came about 40 minutes after we hooked everything up. If you don’t use a router between your broadband modem and your computer, then we suggest you get one before hooking this up. It is much simpler and actually safer thanks to features in the router that filter out harmful Internet connections, like a firewall does. The feature is called NAT. You don’t have to get a router. If you choose not to, then do step #1 above and then follow these steps below:

You will know that the MicroCell is turned on and waiting for AT&T to activate it because the top two lights will be turned on. They represent Power and Ethernet. If you hooked up to a computer instead of a router, then the fourth light down, which looks like a computer, will be either solid green or flashing green if data is being sent across the MicroCell to/from the computer. When the MicroCell is fully activated by AT&T the bottom light that looks like cell phone signal quality bars will be solid green.

The AT&T 3G MicroCell is simple to set up. The included documentation is easy to follow and has plenty of information if you get into trouble. For us, activation worked just as it was described the first time. It took less than the 90 minutes the manual claims it takes for AT&T to recognize the MicroCell and activate it on their network. So as tech gadget setups go, this one was one of the easiest we’ve done. 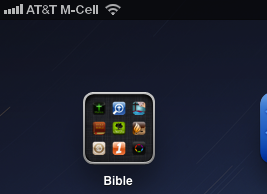 Our four cell phones and one 3G iPad 2 have full signal strength (see image to the right). In the indicator icons for signal strength of both the iPad and iPhone, instead of just cell bars like a normal phone it says “M-Cell 3G” to show that you are hooked up through the MicroCell. We haven’t noticed any signal problems with the phone or the iPad 2. Our home Internet signal was not affected while using the cell phones either. So the AT&T 3G MicroCell works as designed. The call quality has been great in the limited testing we’ve done so far.

But is it worth whatever you would have to pay if you didn’t get the MicroCell for free from AT&T like we did? For me the answer is a big, “NO!” AT&T tries to up-sell you on getting unlimited calling while using the 3G MicroCell. But they charge an extra $19.95 for the service. That is absolutely ridiculous when you are the one providing the bandwidth for the calls through your own Internet broadband service.

The only way I would ever pay for this is if my home area had horrible 3G service and AT&T did nothing about it. Then I would still not add the unlimited calling unless I was also getting rid of my home telephone service. In that case $20 extra a month on my AT&T bill might save me money. But even then the principal of paying AT&T for something I am actually providing myself just irks me. I’d really have to NEED it before doing so! 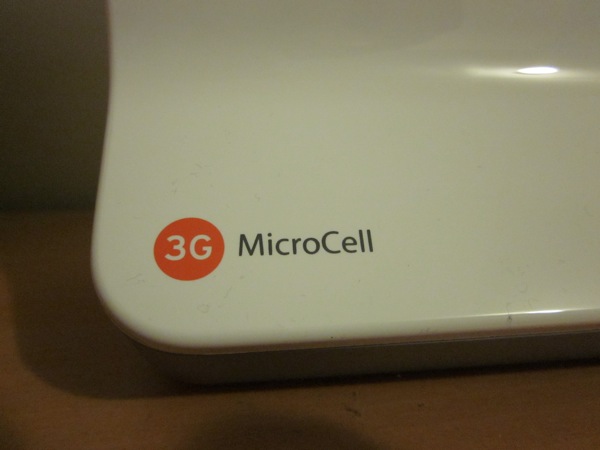 Our recommendation regarding the AT&T 3G MicroCell is don’t bother, unless they give you one for free. If they do, don’t add the unlimited calling for $20/month unless you plan to get rid of your home phone and this saves you money. Even at that, I think I would call AT&T first and see if complaining loudly would get them to offer the monthly unlimited plan for free or a reduced rate. It’s unlikely they will, but give it a try. In short, we don’t think customers should ever have to pay to fix a company’s poor service quality!