In time for the holiday shopping season, AT&T has announced a pair of 4G LTE-enabled Windows tablets, one running Windows RT for ARM processors and the second sporting an Intel Clover Trail Atom CPU running Windows 8. Both tablets will debut with support for AT&T’s 4G LTE network and users can either sign up for separate data plans or with a Mobile Share Plan where they can share the data package with their smartphones and/or other devices that they own.

The first tablet is made by Asus and is called the ASUS Vivo RT featuring a 10.1-inch IPS multitouch display and 32 GB of on-board storage. The device runs Windows RT and is equipped with a quad-core NVIDIA Tegra 3 processor. 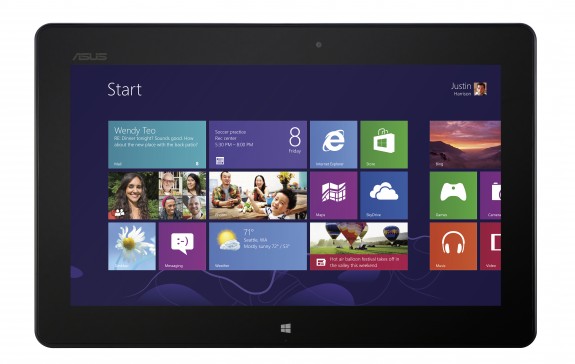 The second tablet is the ATIV Smart PC, which was originally announced at the IFA trade show by Samsung in Germany. The device will feature a dual-core Intel 1.5 GHz Clover Trail CPU with 64 GB of stroage. The ATIVE Smart PC will have a detachable keyboard dock that converts the 11.6-inch HD tablet display into a clamshell notebook form factor and will come with Windows 8. 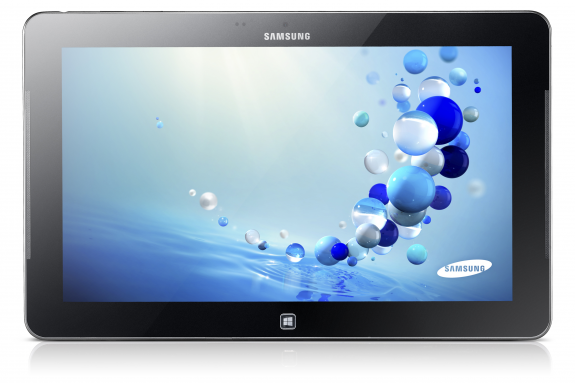 AT&T has not announced specific pricing nor availability for either models, except to say that they will be available in time for the 2012 holiday shopping season. These tablets will compete in the same market as the 9.7-inch iPad and larger 10.1-inch Android tablets. With Apple rumored to be launching an iPad Mini in the near future with a 7.85-inch display and Android slates coming in smaller sizes, Microsoft will likely need to have its OEM partners develop smaller sizes at least for the Windows RT OS to compete at the lower price points that are being dominated by the Nexus 7 from Google and the Kindle Fire HD by Amazom. The Vivo RT tablet will also have to compete against Microsoft’s Windows RT Surface-branded slates.