Apple’s ever-popular iPhone smartphones aren’t in danger of being overran by Microsoft’s Windows Phone operating system any time soon, that’s not because of a lack of deals though. Black Friday 2014 deals for the AT&T Lumia 635 smartphone are coming in pretty fast.

The first is a classic Black Friday 2014 deal in every sense. Electronics retailer Best Buy will offer the AT&T GoPhone version of the Lumia 635 for $39.99 off contract. No rebates or extra purchases are required at all. Normally, the AT&T Lumia 635 would cost $99 without a two-year contract. Best Buy will offer the cheap Lumia 635 for one day only, November 28th while supplies last. Once it’s out of Lumia 635 devices to sell the deal is over. That being said, users will be able to make the purchase online or in Best Buy’s stores. 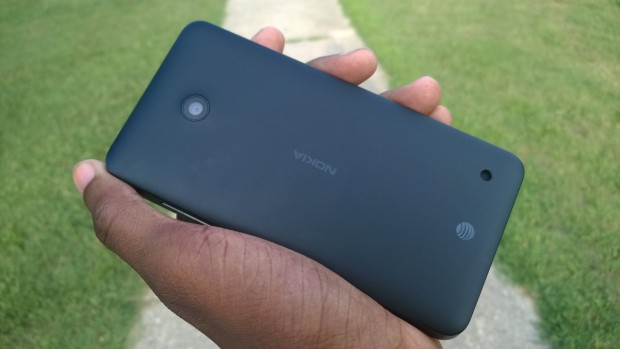 Best Buy will be the first to offer an AT&T Lumia 635 Black Friday 2014 deal but it won’t be the last. Microsoft’s own retail stores will offer the AT&T Lumia 635 for $39.99 without a two-year contract. The terms of this Black Friday 2014 deal are nearly the same. It’s only while supplies last and everyone will be able to get the Lumia 635 for $39.99 in-store and online. When you’ll be able to get it is different though, Microsoft plans to offer the deal next Monday, December 1st.

GoPhone is the prepaid arm of AT&T. GoPhone Lumia 635 buyers get AT&T’s coverage areas, without having to sign long-term agreements.

The Lumia 635 is a low-end Windows Phone with enough power to do almost everything a mid-range smartphone can. There’s a 4.5-inch IPS display on the Lumia 630. It’s not high-definition, so videos won’t look as detailed as they do on high-end smartphones. A quad-core Snapdragon 400 processor and 512MB of RAM handles everything behind the scenes. Apps and the Windows Phone operating system handle just fine, games might be a bit sluggish. 8GB of storage comes inside the Lumia 635, but users can also add up to 128GB of additional storage with a MicroSD slot.

Buyers can change the look of the Lumia 635 with different colored shells that are sold separately. The Lumia 635 has 4G data technology so loading webpages using mobile data is just as fast as it could be on other phones with the technology.

The Lumia 635 isn’t great at everything though. The Lumia 635 does include a rear-facing camera, but it’s only 5MP. Pictures look fine but definitely not amazing. The Lumia 635 can’t adjust its screen brightness on its own either. That sounds like a small thing, but it’s big if you’re in different environments with different lighting a lot.

None of those missing features were deal breakers for us during our time with the Lumia 635. Not having rear-facing flash was a big problem though. Most users take flash for granted on smartphones at this point. Without flash, the Lumia 635 is terrible at pictures in very low lighting conditions.