Wireless carrier AT&T has confirmed at the VentureBeat Mobile Summit in California that it will be implementing HD Voice on its 4G LTE network by the end of the year. The carrier gave little information about the technology and compatible handsets as HD Voice requires the carrier to make infrastructure changes to accommodate the technology as well as a compatible smartphone to make use of the technology. 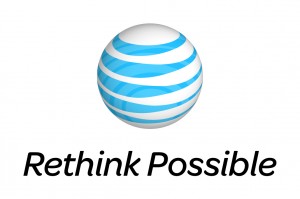 As reported on All Things D, AT&T senior VP Kirs Rinne says that the service will be part of AT&T’s plans for its voice over LTE, or VoLTE, deployment. VoLTE will be less bandwidth intensive to handle, and this will allow AT&T to use the extra bandwidth gained to accommodate HD Voice. HD Voice and VoLTE will allow voice traffic to be carried as data, similar to how a Skype call is handled.

Currently, with GSM/LTE networks like those operated by AT&T and T-Mobile in the U.S., voice is handled over 3G networks and so when users have a simultaneous voice and data call, they are switched to the slower HSPA+ network. With VoLTE, users will be able to do simultaneous voice and data calls over the faster 4G LTE network for data. On CDMA/LTE networks, voice is handled over 3G and simultaneous data calls is delivered over LTE, requiring both modems to be fired on at the same time creating a drain on battery life.

Rival carrier T-Mobile had announced that its new 4G LTE network will be HD Voice-ready, pending the release of some new prominent flagship smartphones. The iPhone 5, Samsung Galaxy S4, and HTC One are all part of T-Mobile‘s HD Voice portfolio. This means that the LTE-capable Galaxy S3 LTE and the Galaxy Note 2 won’t be part of T-Mobile’s HD Voice plans. Verizon Wireless says that HD Voice deployment likely won’t come until early 2014. Sprint‘s also another carrier that has showcased HD Voice in the past while MetroPCS, which is attempting to merge with T-Mobile USA, has been offering HD Voice for some time now.

It’s unclear at this time if the same model handsets that T-Mobile will be offering for its HD Voice network will be similarly offered on AT&T’s side.

The Rethink Possible network is also working on “advanced LTE” to “reduce interference and bond together traffic from various frequencies.” LTE-Adbanced will be the next evolution of the 4G LTE technology for mobile broadband as it will allow carriers to bring even faster Internet speeds. Rivals Sprint, T-Mobile, and Verizon have been conducting open dialogue about their intentions for bringing LTE-Advanced for some time now. Sprint will likely benefit from LTE-Advanced given that it will be transitioning spectrum from its old Nextel network to LTE and potentially with the acquisition of Clearwire, the carrier will have plenty of spectrum to work with.