AT&T, the largest GSM provider in the U.S., has confirmed that it is holding talks with Nokia to bring the Lumia-branded Windows Phone devices to the U.S. The carrier’s head of tablets division Glenn Lurie says that the details are being finalized, though Lurie failed to specify which device(s) would hit the U.S. market. 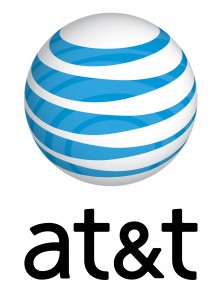 “We look at every promotional period separately and decide what we’re going to spend our dollars on and what we’re going to put our efforts in,” Lurie said in an interview during a conference organized by Morgan Stanley in Barcelona. “But nothing to announce there on that yet.”

AT&T is the first U.S. carrier to go on record announcing that it intends to bring Nokia’s Windows Phone handsets to the States. The carrier is also the largest carrier partner behind Microsoft’s Windows Phone efforts in the U.S., having carried multiple devices at each hardware refresh for the platform. The latest Mango refresh has AT&T offering one device from HTC and two from Samsung. The carrier had debuted the Windows Phone 7 platform over a year ago with one device each from HTC, LG, and Samsung, and had later added a second HTC device to its portfolio.

Nokia, which had lost its share of the U.S. market over the years due to an unwillingness to work with carriers on their terms, is now changing pace. The handset-maker announced that it would abandon selling its smartphones unlocked and would instead turn to carriers to distribute its handsets.

Additionally, Nokia had previously announced that it would be targeting the entry-level market in the U.S. first. However, recent leaks suggest that AT&T may be looking to carry Nokia’s highest-end smartphone, a device codenamed the Nokia Ace that has yet to be announced. That device is expected to be branded as the Nokia Lumia 900.

The last major smartphone push between AT&T and Nokia was the Nokia E71x, a thin BlackBerry-style messaging smartphone running the Symbian S60 platform. That device was feature-rich and launched at just $99 with a two-year contract several years ago.